Who’s the next company that will try a drone service delivery?

Amazon announced their plan to work on a drone delivery service. Less than a year after that, the tech giant company, Google disclosed that it has been working to test a similar service mode. 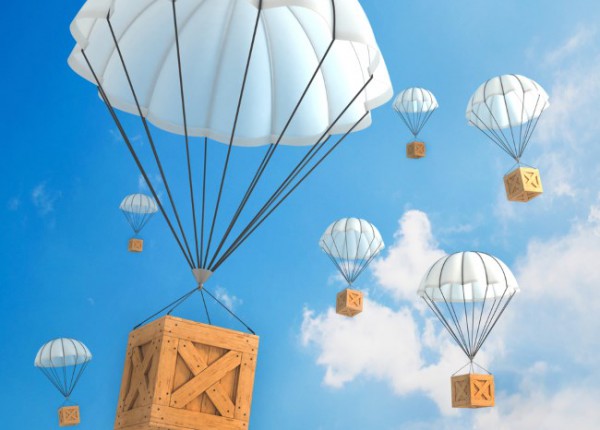 Soon, skies will be littered with packages for delivery to Google’s customers.

Google’s Project Wing
Dubbed Project Wing, Google has apparently recently completed Phase 1 of the project. The tech industry giant company hopes to find a way to send packages using drones as reported in The Atlantic. Google’s subsequent posting of its Project Wing tests on video somehow validated and made the Atlantic report official. Google’s drone testing was done in Australia, a country with more permissive policies governing “unmanned aircrafts” compared to the US.

Drone Delivery Test In Australia
Google’s drone delivery tests in Australia caught on video shows a man who seemed to be waiting for something as he stood on a Warwick cattle ranch. After a short while, the white tiny plane went zipping overhead. The plane glides towards the man while hovering about 200 feet in the air from where the man is. A package, connected by a thin line to the aircraft came tumbling downward. Just before the package hits the ground, it slows until it touches the ground as gently as possible. The package is then detached from the line through a rectangular module on the end of the line. The man walks over to the package, opens it and got some treats for his dogs.

Phase 1: Project Wing
Google had culminated the first phase of Project Wing through the Australian test flight and some other 30 test flights like it. Project Wing is a secret project of Google X running drone programs for two years at the company’s long-range research laboratory.

Project’s Beginnings
In 2011, Google’s research lab started development of the Project Wing after Google executives thoughr about how faster delivery services changed the world, they thought it would be fantastic to have something you ordered delivered to you within minutes instead of long hours or days even. The project’s initial focus was on the delivery of defibrillators to people who had heart attacks but had some logistical and practical challenges along the way that caused them to divert their attention on prompt delivery of other items. Project Wing’s drone program has been in development since 2011.

How It Works
The rotors drive the vehicle’s vertical take-off and horizontal flying position.  If an item is delivered by the programmed drone, it hovers and hoists packages to the ground using a bunch of electronics called “egg” which detects if the packages have hit the ground. They are still perfecting the technology and some other challenges that need to be addressed as well such as trees, power lines and other environment-based impediments. All of these will ultimately determine if the drone-delivery service of Google will, in fact work in reality.

Pending FAA Approval
And like Amazon, Google will have to seek approval from the FAA. And if the motion picture’s ordeal on their efforts to get FAA approval on  the use of drones in TV and movie production will be used as a basis, it looks like the future of seeing drones hovering the skies – whether they are from Amazon, or Google or Hollywood film makers, is not likely to happen anytime soon. 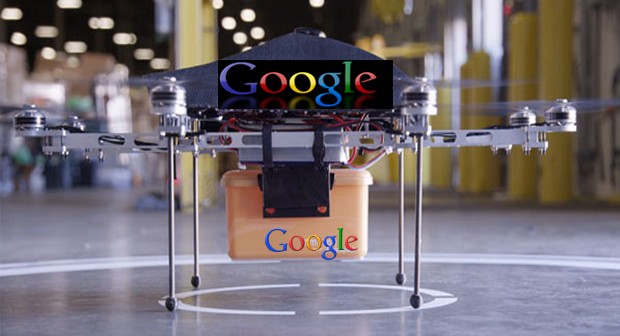 Imagine receiving delivery from Google in just a matter of minutes. Isn’t that cool?

Wouldn’t it be interesting to receive a delivery from a drone?

It looks to me that Google as well as Amazon are going to encounter several difficulties with flying drones in the United States. The laws that were proposed recently sound pretty stringent. And even though these proposed laws have not been approved by anyone as of yet, if they don’t change that one regulation which prohibits persons from flying a drone outside of their field of view, then this whole delivery idea is going down the drain.

These are all fascinating projects. I wonder if one day we will see drones flying across the sky on a regular basis. The thing I wonder about is how these drones travel long distances like across state lines. I also wonder if this is going to be done as is described in the project wing specifications. That would indicate that regular airplanes do the long distance navigation and instead of unloading packages into trucks, the drones fly down and make the delivery to your door.

I don’t think that is a photo that accurately depicts the actual Google project wing drone that will be hovering at your doorstep when you place an order. I say this because the photo is clearly a generic drone photo with two Google logos layered over the image. I haven’t done any searching yet, but I hope there is some footage of what one of these drones looks like.