Commercial airplane interiors of yesterday were known for spacious seating, in-flight meals and other amenities that cause the modern commercial flight experience leaving something to be desired.

It’s no secret that most airline flights these days mean cramped, crowded plane interior spaces, limited food and beverage choices and cabins that resemble the inside of a cramped tuna can.

All of that is changing, however, as airlines like Southwest have committed to spending big money to upgrade the interiors of their aircraft.

In fact, in the case of Southwest, the airline has stated that it will be spending $2 billion to add more amenities, including enhanced in-flight WiFi and USB charging ports at each seat. 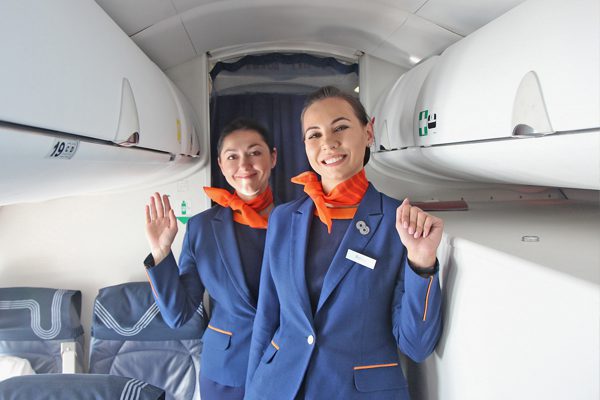 Additionally, airlines are also looking into how to upgrade amenities and accommodations for aircrew. These professionals spend all day in the airplane interiors, and an inefficient interior can make it more difficult to perform flight attendant duties that include responding to passengers, inspecting passenger safety compliance and assisting passengers with navigation to and from their seats.

Currently, flight crew members are often relegated to a small compartment in the back of the plane with the pilot staff residing in the cockpit during flight.

Some airlines are looking into ways to provide crew members with more space without taking away from existing passenger or baggage space. 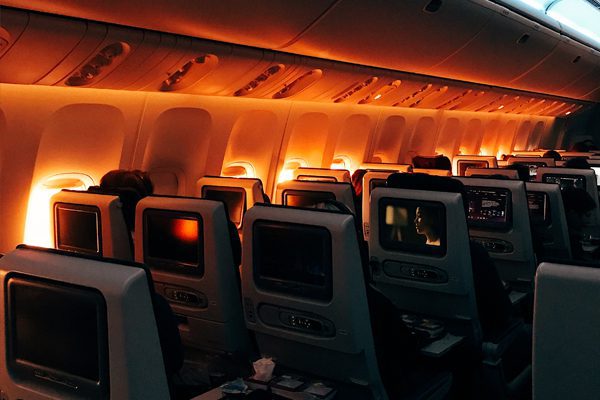 Both Boeing and Airbus have been investigating ways to provide off-duty crew members who are still mid-flight with more comfortable resting quarters that feature soundproofing curtains and wider spaces.

In the past, security at airports was lax enough that passengers could bring aboard blades and other objects that could potentially be used as weapons. 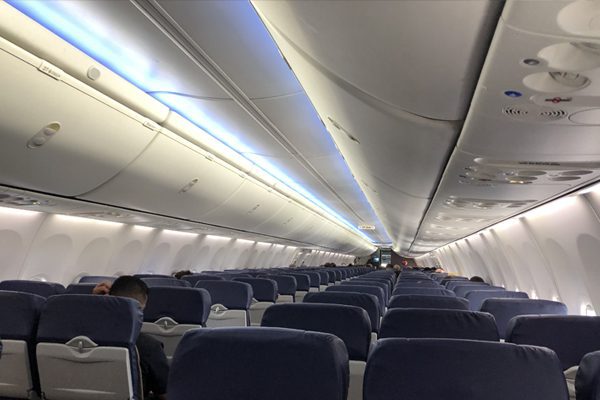 The World Trade Center attack on September 11th, 2001 changed all of that, and despite efforts to fortify cockpits, passenger areas are still vulnerable to security concerns.

Delta has recently upgraded its terminals in a bid to better secure plane cabin areas for both crew and passengers.

While physical safety is a concern for crew and passengers, the Covid-19 pandemic showed that health risks can come from threats that can’t be seen by the naked eye.

Hygienic fabrics are also being considered to replace existing seat covers, and some airlines have also begun looking into more advanced cabin air filtration systems along with UV lights to prevent the spread of harmful germs and bacteria.

The Airplane Interior Of The Future

Moving forward, airlines are looking for ways to balance costs against passenger and air crew amenities. One of the biggest issues plaguing airlines is an age-old problem: finding ways to include additional cabin perks without adding additional weight.

Commercial airplanes are designed to maximize fuel efficiency, and even a few extra pounds here or there can make a big difference. Believe it or not, this is one of the reasons why the concept of passenger parachutes has never been introduced. 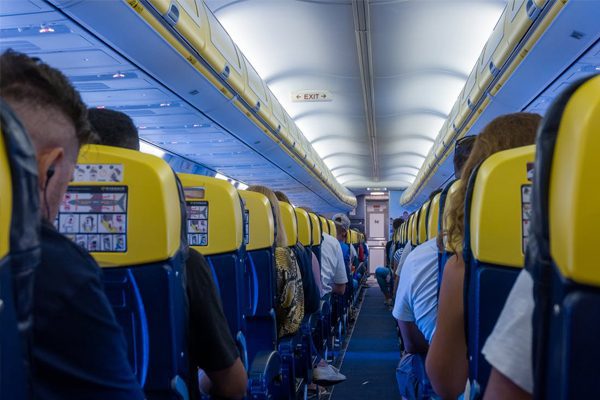 In modernizing airplane interior spaces with the digital age in mind, it could be possible to replace current seating with larger and more spacious choices that are crafted from lighter materials.

Additionally, lightweight monitors may be installed at each passenger seat in the future along with a small desktop space for each individual seat.

Safety also has to be considered in the design of future cabin interior spaces. Maneuvering inside of an airplane is already a tight squeeze, and even narrowing aisles by a few inches could pose safety challenges in the event of an emergency.

These challenges can potentially be solved by changing the arrangement of seats and removing the standard aisle altogether.

As to whether future concepts for airplane cabin interiors actually come to fruition is anyone’s guess, but airlines are currently putting real money into the development of new designs.

Although virtual reality stations placed around a cabin interior may not actually be a thing in a few years, if you fly commercial in the future, you’re bound to notice some big changes.