Whether you love to fly or you’re a white-knuckle passenger, virtually everyone is familiar with the distinct screeching sound airplanes make when landing. This sound is generated from the friction that comes from aircraft tires meeting the tarmac at an airport. Even on natural runways, the high speeds and pressure of a landing aircraft can cause a lot of noise despite a completely safe landing.

The tires of aircraft may seem like an afterthought since these craft are designed to operate in the sky and not on land. The fact is, however, that aircraft tires are essential components of airplane safety as the right tires are needed to execute secure takeoffs and landings. Additionally, while not in the air, an aircraft typically needs to taxi around an airfield or airport. This is the process of driving the aircraft like a commuter vehicle, and without the right tires, the weight of an aircraft, even at slow speeds, can lead to serious damage to landing gear and other sensitive components.

Conventional commuter vehicles require tires that can stand up to constant, repeated use. Many cars and trucks get driven thousands of miles or more per year, meaning the tires themselves need to be able to stand up to continual heat and pressure. To provide support for this kind of use, an inflated tube is usually found inside car and truck tires.

Aircraft only need to use tires during taxiing, takeoffs and landings, meaning an airplane tire doesn’t need to have the same qualities as a vehicle tire. As such, tubeless designs are usually used in airplane or jet tire construction although some aircraft do still rely on designs that use traditional inner-tube technology. 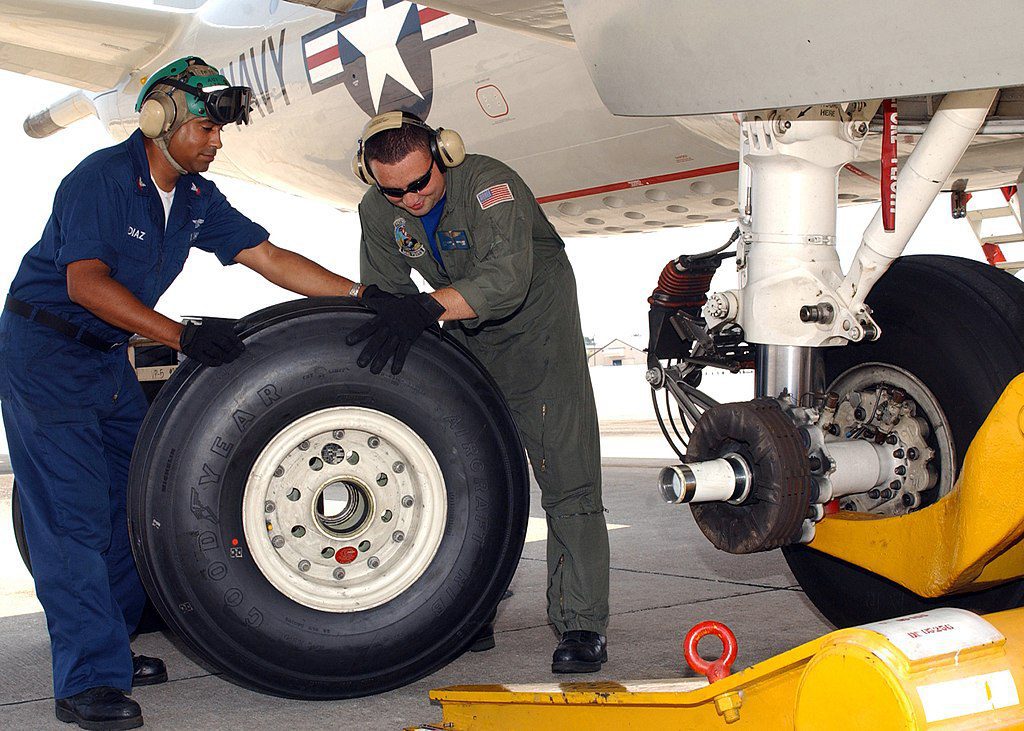 Tires are also divided into classes by the United States Tire and Rim Association. Currently, the classes produced in the United States include Type I, Type II, Type VII and Type VIII. Type I tires are of an older design and are sometimes found on fixed-gear airplanes. Fixed gear is a type of landing gear that does not ascend into or descend from the craft’s body. Type III aircraft tires are more commonly found in light aircraft and can withstand speeds of up to 160 miles per hour.

Type VII airplane tires are usually used for high-performance aircraft. These tires are rated for higher pressure and are narrower than other tire types. Type VIII aircraft tires have a low profile and are also rated for high pressure. They are usually used for jets and similar performance aircraft that are relatively lightweight compared to commercial jetliners and require faster surface speeds during takeoff and landing procedures.

In areas of operation where aircraft need to operate on land over rough terrain, tundra tires may be used. These tires feature an inner-tube design but operate at low pressure. This low pressure allows the tires to comfortably navigate difficult terrain, including in areas like Alaska where planes often make use of natural or gravel runways as opposed to man-made asphalt and concrete runways at airports. One unique feature in the design of tundra tires is the valve stem which is built into the sidewall of the tire to protect it from damage during takeoff and landing procedures.

What Makes Airplane Wheels So Tough?

Aside from air pressure factors, aircraft wheels and tires are tough because they are manufactured using different standards compared to vehicle tires and wheels. Most wheels for airplanes and jets are crafted using materials like aluminum and magnesium. Because these aircraft usually use tubeless tires, the wheel itself is created in two sections that are joined together in the middle with a seal in between. The use of aluminum and magnesium combined with the two-piece construction of the wheel itself allows landing gear to stand up to intense heat, pressure and shear as an aircraft lands.

The construction of the tires themselves is also a huge factor in their durability. Carbon fiber, a material that is both lightweight and extremely tough, is often used during the construction of many parts of modern aircraft. 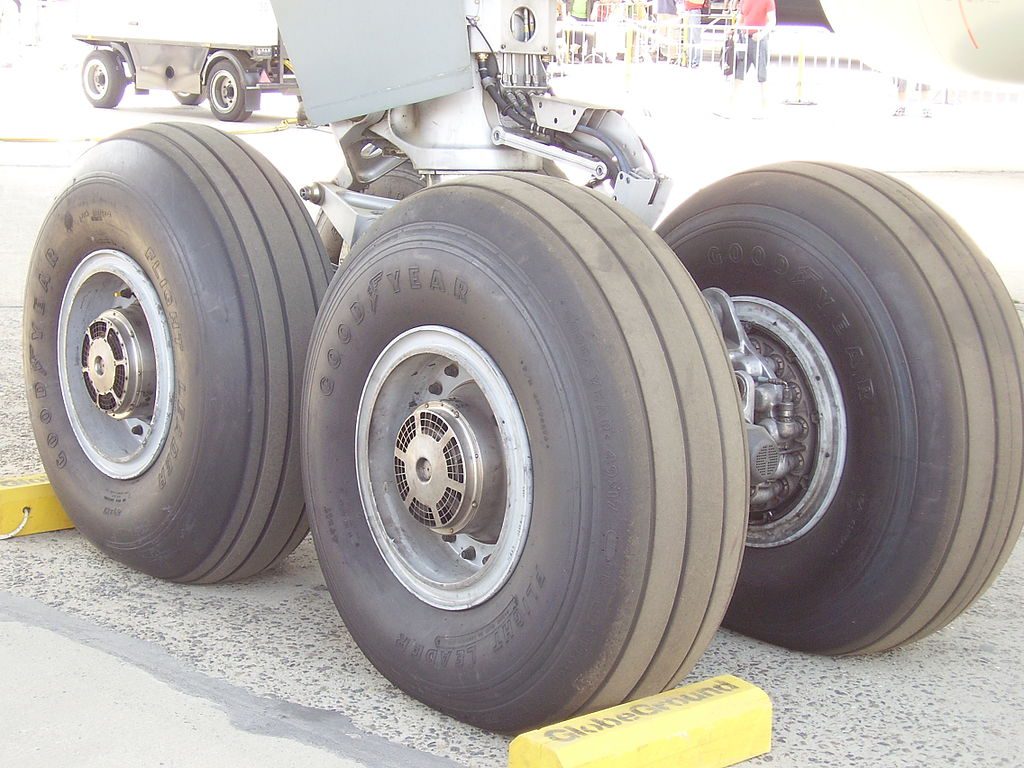 Carbon fiber tires have the ability to provide added tensile strength since carbon fiber is made up of a crystalline material that is created by using a woven design. Airplane tires that take advantage of carbon fiber aren’t made completely out of carbon fiber as this would reduce the craft’s ability to touch down gently in a guided fashion, but these tires can incorporate carbon fiber woven in with other materials.