In cases where an ambulance can’t reach a person in need, other methods of transport need to be used, including helicopters, light aircraft, snowmobiles and non-conventional vehicles.

The purpose of these craft is to not only transport sick or injured people to a medical facility but also to evacuate them from a potentially hazardous area.

In the case of helicopters, typically referred to as medevac or medivac helicopters, the craft function as flying ambulances that are staffed by emergency medical personnel and equipped with life-saving tools and technology.

A medical helicopter can be used to reach sick or injured individuals in places where ambulances cannot reach due to a lack of roads, precarious positioning at high or low altitudes or when other hindrances block road access.

What’s Onboard A Medevac Helicopter?

A modern medevac plane or helicopter functions as a flying hospital. Much like their land counterparts, an airborne medical evacuation craft will contain medical supplies to treat and stabilize common injury types, including broken bones and lacerations.

Additionally, most medevac craft will feature common medications used to stabilize patients in the event of blood loss, heart attack, burns and other health events that often accompany the need for a medical evacuation. 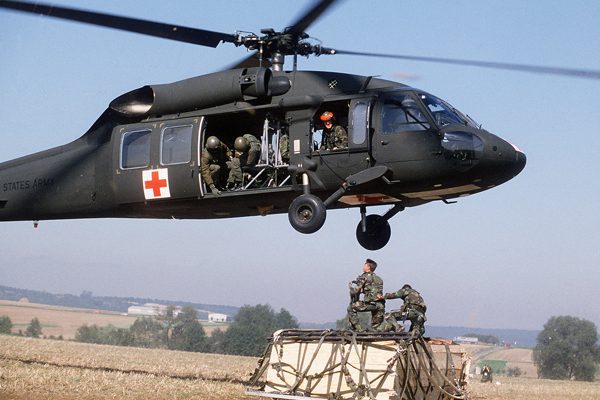 These craft may be outfitted with monitoring equipment like electrocardiogram (ECG/EKG) machines or oximeters to check the vitals of a person being transported.

Additionally, some craft come complete with a ventilator system that can be used to provide life-support services in the event that someone has been rendered unable to breathe.

Most medical evacuation helicopters are created to take advantage of a standard rotorblade design. This allows them to take off and land vertically in areas where a runway isn’t feasible. 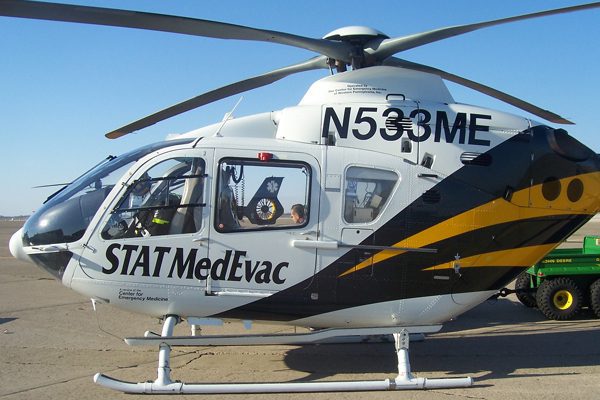 The interior of a medical helicopter requires enough room for traditional crew members, including a medevac pilot, co-pilot, crew chief and flight medic. Depending on the configuration and the use of the craft, more than one flight medic may be onboard the craft.

The cargo hold of a medical helicopter will generally be designed to fit a passenger on a gurney with enough room to move around to administer treatment.

Quarters are still tight, however, as the interior of the craft will also need to house special life-saving equipment as well as storage for medical supplies. 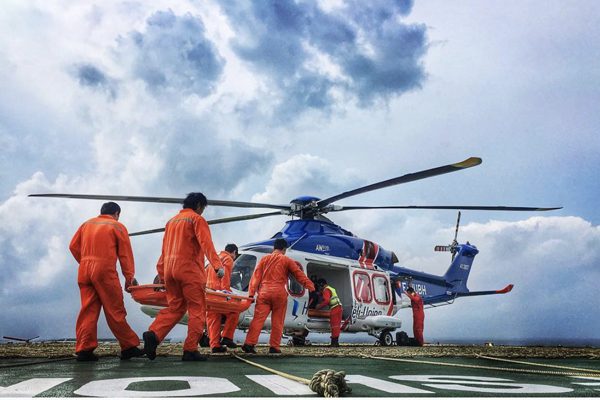 During flight, the pilot has to be mindful of the patient’s condition as well as the treatment being administered. This requires regular communication between the crew chief, flight medic(s) and the pilot and co-pilot.

Maneuvering the craft will need to take into account the potential for worsening injuries due to turbulence or sharp turns or steep climbs or descents.

It should be noted that patients being transported by medevac craft are strapped in during routine operations, but patient positioning can change based on the nature of the injury being treated and the type of treatment being administered. 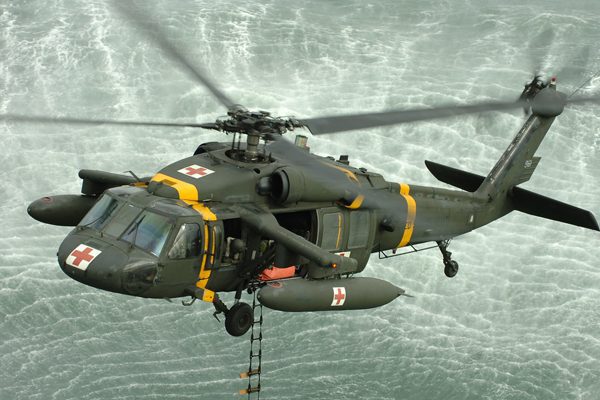 Helicopters and airplanes that are used for medical evacuation and rescue scenarios are generally deployed by civil emergency services, but they may also be used by the military. In the United States army, medevac operations are known as dustoff crews.

This is due to the crew’s ability to quickly take off and commit to rescue operations at a moment’s notice. Military medevac crews serve in combat zones to evacuate wounded soldiers or to assist in rescue operations depending on conditions. 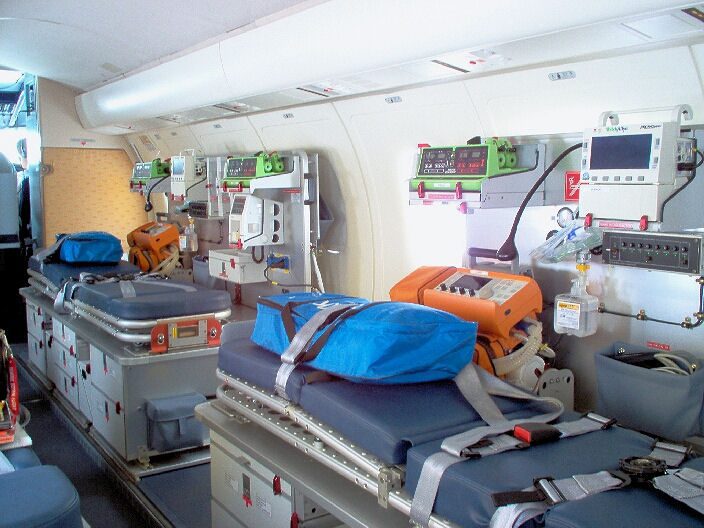 In the civilian world, fire departments and emergency medical response service providers in urban areas tend to have greater access to medevac aircraft, but these craft are also used by rural emergency response services to reach injured or ill individuals in remote areas.

This is particularly true in areas of the country like Alaska where traditional ambulance services are not feasible due to rough terrain and poor conditions during the colder months.