When drivers need to refuel, it’s often simple enough to pull off the road to the nearest gas station. When you’re piloting an aircraft 50,000 feet in the air, however, there’s no such thing as simply pulling over.

While much thought is put into the design of modern aircraft when it comes to fuel economy and capacity, long flight times require extended fuel usage, and landing just to refuel can delay important flights.

This is particularly true in the military where aircraft need to be able to remain in the skies for long periods of time, especially during special combat operations.

To solve this problem, the United States Air Force began experimenting with refueling planes in the sky during the early 1920s. 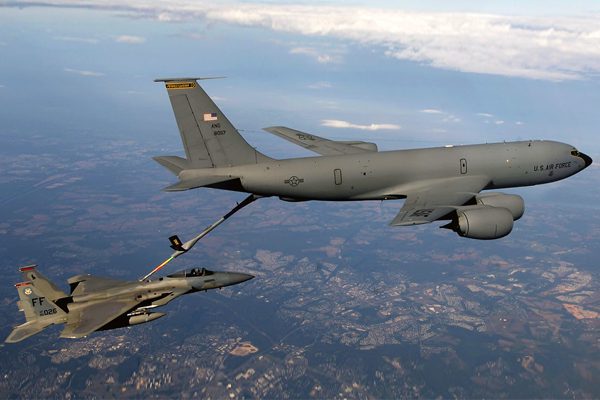 By 1922, the first successful midair refueling was carried out between two DH4B aircraft. Shortly after, the process of using refueling aircraft began to be refined, allowing pilots to carry out a 37-hour flight that included 16 refueling contacts.

In 1923, a non-stop flight involving three midair refueling contacts was made from the Canadian border to the Mexican border, allowing an aircraft to fly for a total of 1,250 miles without landing.

How Does Aerial Refueling Work?

Aerial refueling works by connecting a tanker aircraft carrying fuel with a receiver aircraft that requires fuel. As the name implies, aerial refueling takes place while both aircraft are flying instead of on the ground. 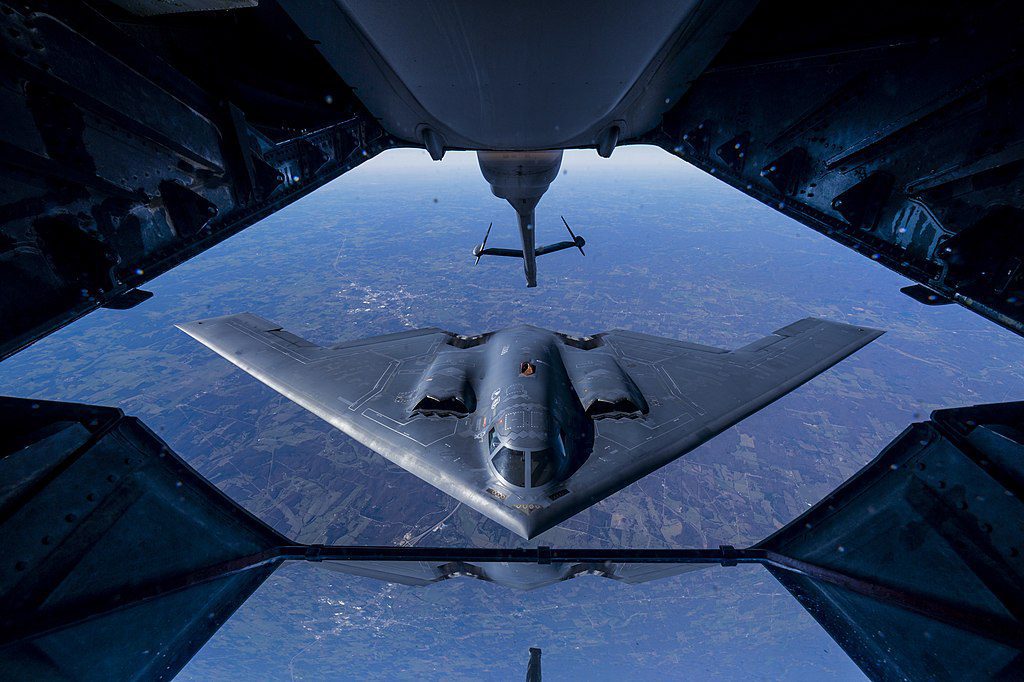 In order to get fuel from the tanker to the receiver aircraft, two methods have proven successful. The first is referred to as the probe-and-drogue system. This system works by equipping the tanker aircraft with a long hose that has a drogue at the end.

This funnel-shaped tip is latched onto a probe located on the receiver aircraft. Both aircraft must maintain the appropriate speed so as to not break the connection or damage the equipment.

A technician in the receiver aircraft must maneuver the probe so that the drogue latches on and fuel can be dispensed. 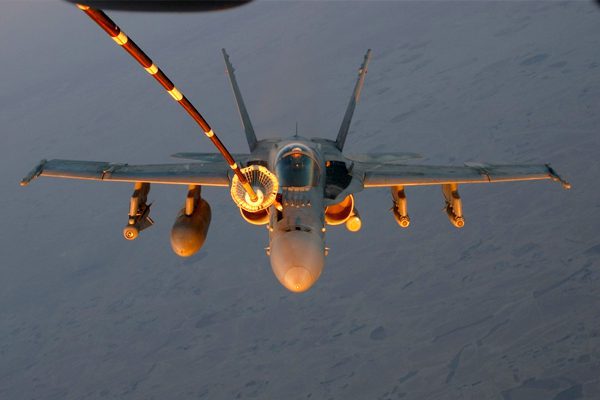 While the probe-and-drogue method has been used with success over the years, the preferred method of refueling planes in midair is to use a flying boom system.

This system is similar to the probe-and-drogue, but it involves the tanker aircraft extending a rigid boom arm that is used to transfer fuel.

This method allows for fuel to be transferred at a faster rate, but it also leaves less room for movement as the rigid boom arm is less flexible than the hose used in the probe and drogue method.

Pilots of both aircraft must not only maintain a consistent and equal speed, but they must also carefully maintain the same vector during the refueling process.

The KC 46A Pegasus And The Future Air Refueling

In modern military refueling operations, the Air Force KC 46A Pegasus is the current king of the skies. This Air Force refueling plane can carry up to 212,000 lbs. of fuel and is able to deliver fuel to nearly 20 different military aircraft, including the F-22, EA-18 and the C-135. 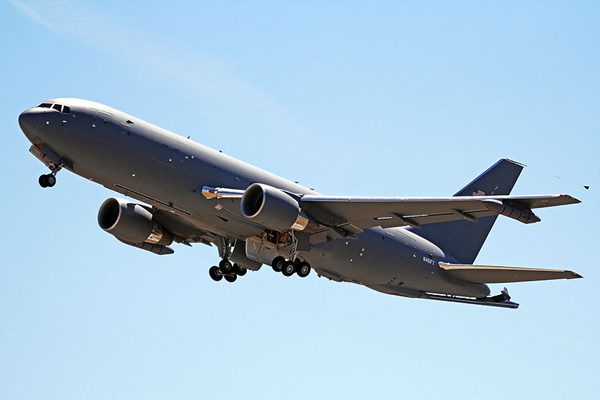 The KC 46A is also designed to take advantage of shorter runways, allowing it to operate in more areas around the world. The Air Force is currently in the process of replacing the KC-135 refueling plane with the KC-46A Pegasus.

In 2022, the Air Force has begun its search for the next generation of midair refueling solutions. A study is underway to research alternative refueling strategies that will take midair refueling into the automation age as current objectives are to find ways to operate refueling equipment without direct human interaction. 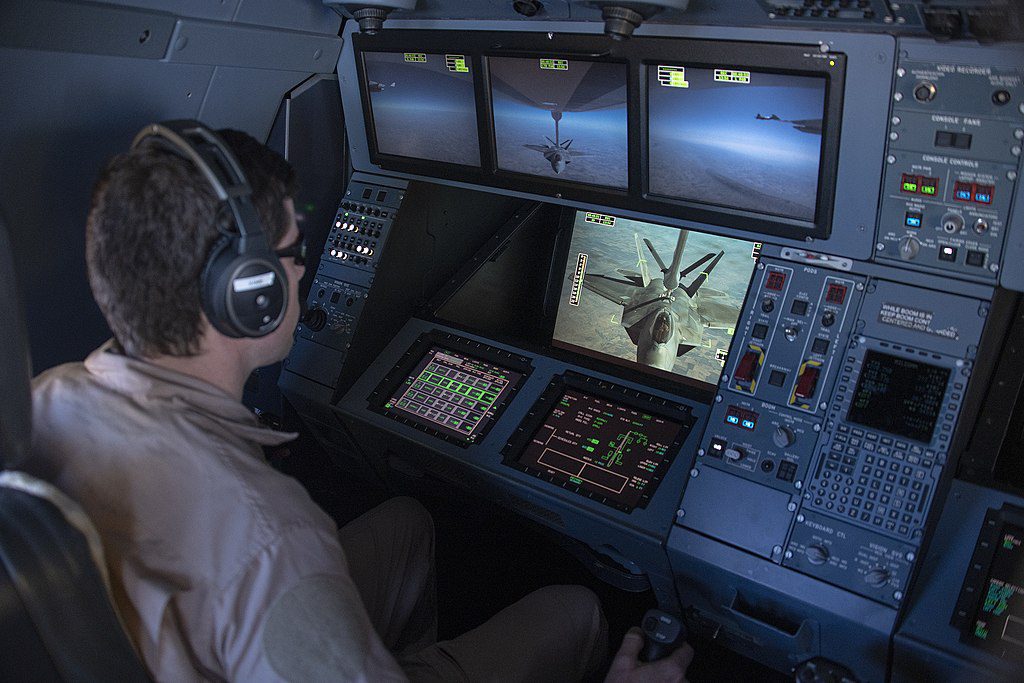 It seems, however, that this technology is still many years away, but as with all things related to military technology, getting the ball rolling now is the key to generating big results down the road.

Whether or not autonomous refueling planes will be the future or not isn’t really a question of “if”, but rather it is a matter of “when”.