No one likes sitting in traffic, and it is often the dream of many a weary commuter to take to the skies, soaring above the gnarled cluster of cars below, unencumbered by the stop-and-go grind of bumper-to-bumper congestion that makes up many urban centers.

While this dream may have seemed completely out of reach only a few years ago, companies like Volocopter, EHang and Joby Aviation are bringing the possibilities of urban air mobility (UAM) to life.

Through the use of drones, it is now possible to achieve low-altitude, high-speed travel across metro centers for between one and five passengers.

This method of transportation not only has the potential to reduce city street congestion, but it also relies on zero-emission technology, giving it the potential to create healthier, greener climates for city dwellers and suburbanites alike. 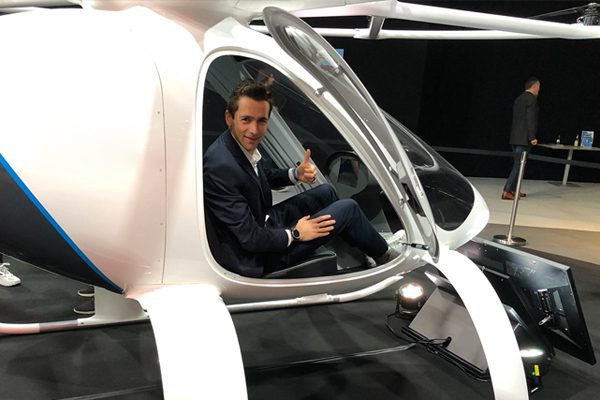 Drone Rides To And From Major Cities

Currently, helicopter drone technology is being refined to allow passenger travel in urban areas, but during testing, piloting these craft is limited to certain cities.

Volocopter is testing its drones in Paris among other cities. Additionally, passenger drone development is only being considered for airport-to-airport use at the moment, but the plan is to eventually open up new avenues for take-off and landing from residential and commercial spaces.

The technology used for passenger drones relies on vertical take-off and landing (VTOL) designs. A VTOL drone utilizes a series of rotors similar to a helicopter to control lift, but it can also generate thrust to move forward once at the appropriate altitude.

This type of design is already in use for some military aircraft, but consumer drones have relied on VTOL designs for many years.

EHang is another drone manufacturer currently testing passenger services using autonomous drone technology. The company’s autonomous passenger drones feature the ability to be remotely piloted from a control station in the event of an emergency.

EHang is also banking on the use of real-time navigation and tracking through networking technology. This latter feature is believed to pave the way for the development of flight networks that can support the safe navigation of multiple drones in a small space. 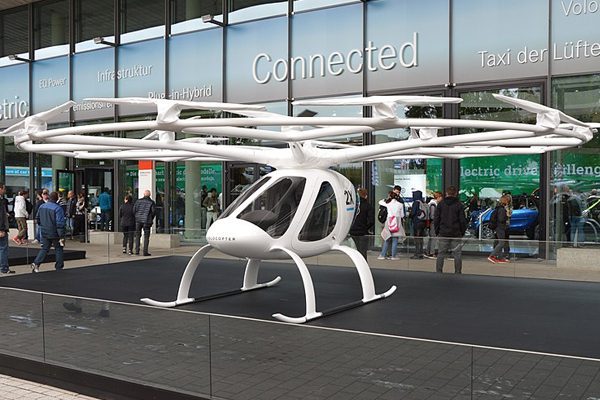 When Will Flying Taxis Really Take Off?

The ultimate goal is to eventually position VTOL drone technology in a place where it can be used for commercial travel. In fact, the modern taxi could potentially be replaced in time with a drone taxi that can provide faster, more efficient shuttle services around congested metro areas.

The question of when a viable taxi drone could be implemented, however, is a little bit difficult to answer.

The first hurdle to clear in paving the way for commercial passenger drones is the safety technology. Flying passengers around urban areas comes with risks that are not faced by traditional commercial air travel. 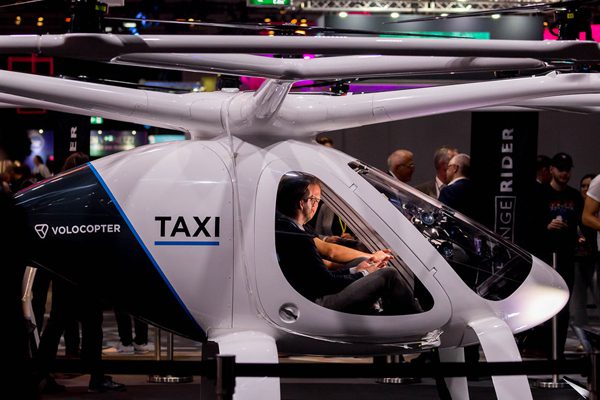 For example, buildings, electrical lines and various cell and data towers could pose serious challenges to safe travel. Additionally, powering VTOL drones is a concern that needs to be fully resolved.

Current designs rely on electric power and even some solar power solutions, but whether these will be viable for continuous use and powerful enough to transport multiple passengers and carry-on effects remains to be seen.

Once these challenges are resolved, the issue of regulations comes into focus. Current drone technology and commercial air travel are regulated by the Federal Aviation Administration (FAA), but road transport services and commercial enterprises are regulated by various state and local governments as well as federal agencies like the National Highway Traffic Safety Administration (NHTSA).

This could place passenger drone manufacturers and operators in a precarious situation in which regulators have competing interests and rules.