An ambitious plan to build an aviation sector that’s powered entirely by sustainable fuel is currently under discussion in the Biden administration. With a focus on curbing climate change through national infrastructure, the prospective plan would include incentives that drive the aerospace sector towards operations that are completely independent of fossil fuel by 2050. This would be accomplished through private-sector production of sustainable aviation fuel (SAF).

A Means To Fossil Fuel-Free Flight?

Presently, discussions on the plan are still at the early stages and few details have been reported. Based on what has been reported, the goal is far-reaching for a sector that has been especially difficult to electrify. This is why the development of reliable SAFs will be so vital to the success of fossil-free flight.

Current examples of SAF are primarily made from feedstocks like cooking oil, animal fat, algae, and similar substances. Although such fuel sources are viable for use as jet fuel, they only account for very few aviation applications, partly because their costs can be prohibitive compared to petroleum-derived jet fuel. They are mainly used in Europe, as mandated by regulators, and are blended with kerosene and a carbon-reduction measure. 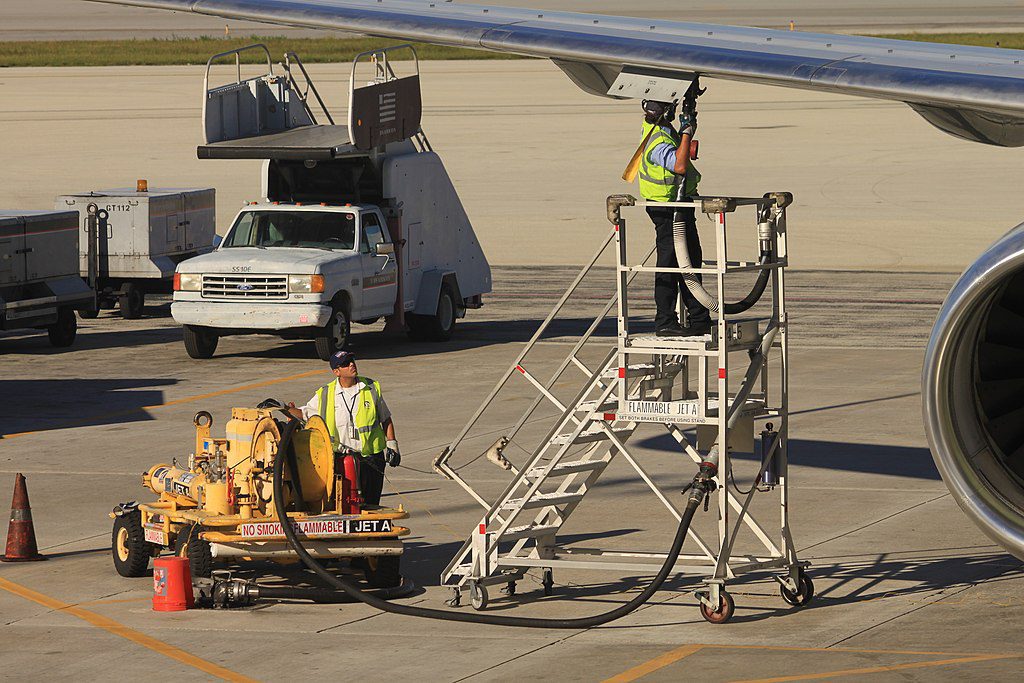 Environmentalists and SAF proponents have called for similar mandates in the United States, which they believe would provide incentives for SAF innovation and production, which would also lower its cost. The White House and industry groups are currently slated to discuss alternative jet fuels in the near future.

At present, just 0.05 percent of fuel produced for jet engines is SAF. This is due in part to a lack of demand, which may soon change. Planes that are able to fly without fossil fuels are being planned for the latter half of the decade. Even those engines that run on jet fuel today can be powered with blends that contain up to 50 percent SAF.

However, the financial incentives will need to catch up, especially as the aerospace sector still tries to recoup losses from the Covid-19 pandemic and fuel remains the second-greatest expense for airlines, just behind labor. Tax credits for SAF use have been suggested as a way to entice more airlines to utilize it and to make its production more competitive with conventional fuel.

What are your thoughts on the adoption of SAF? Is it a realistic means to meeting a 2050 goal of fossil fuel-free air travel? Leave a comment with your thoughts.