The soybean plant is a very versatile and productive crop. Soybeans are used to make oilseed, livestock feed, and a variety of food ingredients and commercial products.

Soybean can be eaten with minimal processing, as in the case of edamame. More often, it is processed and prepared to create all types of high-protein products, as well as flavoring and thickening agents.

These include tofu, soy milk, soy sauce, and many plant-based meat and dairy alternatives. The soy plant is native to East Asia and has been cultivated since at least 1000 BC.

It’s an ingredient in many traditional dishes of China, Japan, Korea, and neighboring regions. In the U.S., soy foods are generally considered niche products, but in agriculture, soybean growing has dominated crop production. 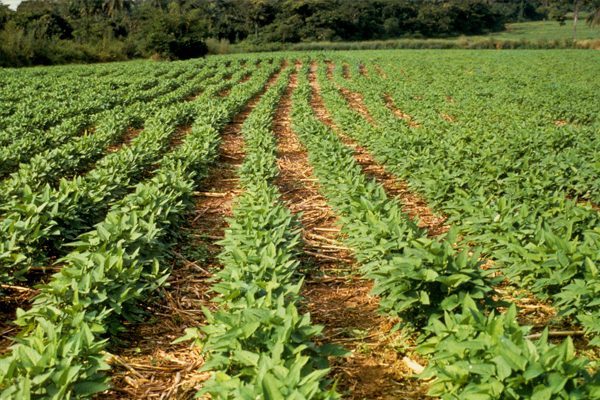 This can come as a surprise to many Americans who envision wheat and corn as the U.S. staple crops. However, the soybean field is a more accurate representation of the country’s current agricultural sector; nearly half of U.S. land is devoted to growing soybeans.

This amounts to 80 million acres of land, 90 percent of all oilseed production, and the title of the world’s leading soybean producer. But how are soybeans grown and why does the U.S. devote so many resources to soybean plants?

How Are Soybeans Grown?

Soybean growing starts in early spring or late winter, when the soil reaches a minimum of 60 degrees F.  Different strains of soybean seeds are selected based on specific agricultural and crop requirements. 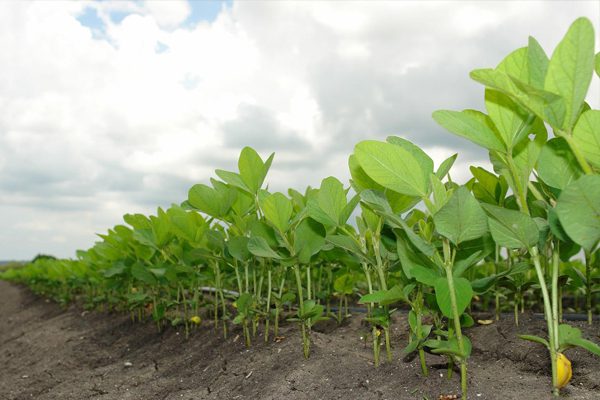 Some soy plant strains will be extra resistant to drought, wind, or other environmental and geographical factors, while others deliver high bean yields, higher protein content, or other attributes that are favorable for farmers or processors.

Once the soybean seed variety is selected, they are sown into loose, well-drained soil. Seeds are planted one-and-a-half inches deep and in rows just over two feet across.

The fields are then watered and fertilized. After four to seven days, soybeans will sprout and are maintained with weed and pest control methods. Small flowers will appear in mid to late summer, some of which will produce the pods that contain the soybeans. 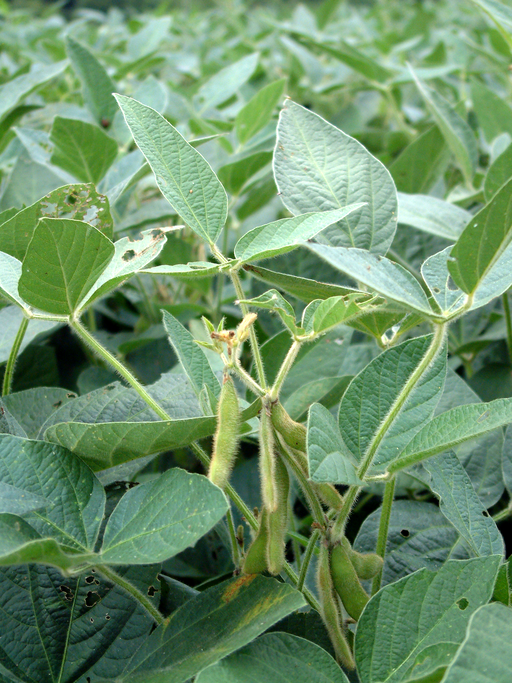 The pods are then left to mature through the remainder of the growing season. As daylight hours quickly decrease and temperatures drop through early to mid-autumn, the leaves of the soybean plants yellow and drop, leaving behind mature pods that can then be harvested.

On most farms, combines are used to complete the soybean harvest and also separate beans from their pods and stems.

At this stage, the beans are usually sold to a processing plant. Depending on how they will be used, they will typically undergo a process that separates the bean’s proteins, which are made into meal, while the fats are rendered into soybean oil.

Some of these crops will be used to create soy-based foods like tofu and soymilk, but the vast majority of U.S. soy growth ends up in animal feed, cooking oils, and industrial products.

Why Growing Soybeans Is So Common In The US

U.S-grown soybeans are used to feed livestock, produce cooking fat for frying food, and make many niche products for vegan and vegetarian markets, but they are also used in biodiesel, wax, lubricants, adhesives, solvents, and even building materials. Roughly half of all U.S. soybeans are exported to China, Taiwan, Japan, Mexico, and the EU.

The demand and versatility of this commodity can make soybean crop production very lucrative. Depending on how and when it’s grown, soy can be more resistant and less resource-intensive than other commodity crops.

It generally requires less nitrogen fertilizer and insecticides, and as a result, can be a good rotational crop. 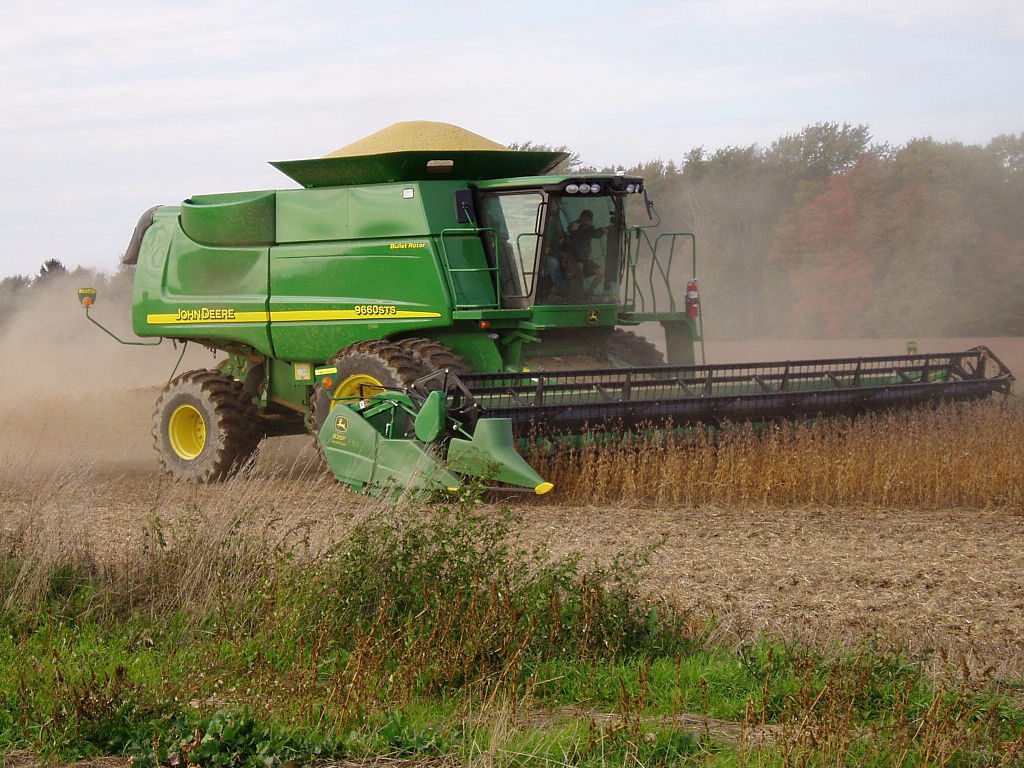 This is part of the reason why farmers will often switch from growing corn to growing soy, or will cycle growths on adjacent fields. Market price is no small factor in the prevalence of U.S. soy crops.

From 2013 to 2019, soybeans were more profitable than corn, but that is projected to change. If corn becomes and remains more profitable, soy production may be scaled back in the near future.