Black soldier flies are found in many regions and habitats throughout the world. At a glance, they might be mistaken for a small wasp. The military connotations of their common name and their dark appearance could make observers wary, but these insects are not aggressive or harmful pests, nor are they disease carriers.

Instead, they are recognized as one of the most beneficial insects to humans. That reputation may be furthered thanks to growing interest and investments in insect farming. The larvae of black soldier flies are relevant to agriculture because of their voracious consumption of crop waste and food scraps, but they are also an excellent source of insect proteins, as well as zinc, iron, and calcium.

Black fly larvae food production is generating record investment through bug farm startups and biotech companies like AgriProtein, InnovaFeed, and Protix. They—along with other insect larvae like mealworms and adult insects like crickets—could serve a cost-effective and sustainable role in the future of agriculture. 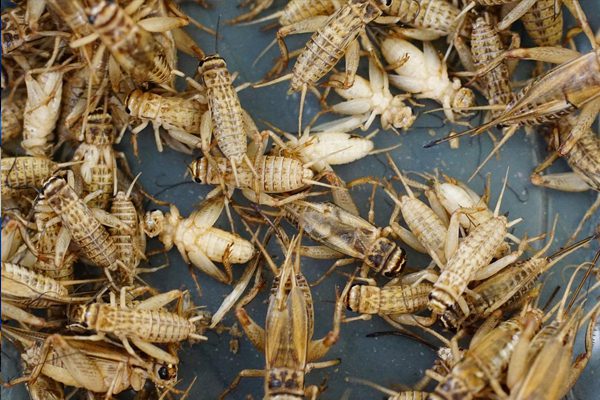 There is already a lot happening in the present, with competition for the claim of “world’s largest bug farm” underway in France, the Netherlands, and the United States. Insect farmers could be at the forefront of a major shift in food production.

Insect farming offers many benefits. Bugs reproduce quickly, in conditions that can be maintained indoors while producing very little waste for output. Bug farms aren’t a new concept, nor are insect feed sources for animals. Poultry, seafood, pork, and pet food production have long utilized farmed insects as a source of nutrition.

When it comes to human food sources, insects like crickets and grasshoppers and other invertebrates like scorpions are traditionally eaten in many non-Western countries. Insect-derived food additives, including beeswax and carmine, are found in numerous products sold and ingested throughout the world.

Beyond these conventional uses, newer industrial bug farms have bigger agricultural goals. Easy to raise, highly-nutritious and productive farmed insects like soldier fly larvae could alleviate many of the high energy, high impact factors of raising crops like corn and soybeans for animal feed.

They might also be a low-cost option for fertilizer and as an alternative to palm oil and other greases used in cosmetics and health products. Apart from their versatility, food production from bug farms can add up to be a very efficient, low waste system. 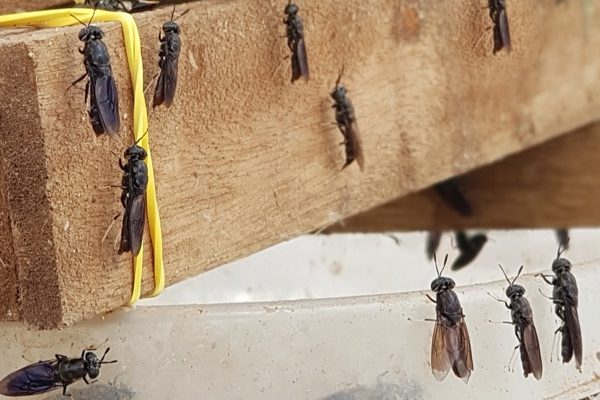 Insects that become protein to feed animals, which then feed humans, can be easily sustained with food scraps that otherwise end up as waste and contribute to methane. Black soldier flies do an excellent job of fattening up on scraps and leftovers that ordinarily end up in landfills and waste pits that don’t allow for organic biodegradation.

With growing capital and technology, bug farms are overcoming many past challenges of raising insects for food, such as enclosure management that accounts for different insect lifecycles and pathogens prevention. This means that farming insects as a source of human food is becoming viable and sometimes promoted the next realistic step in sustainable food production. 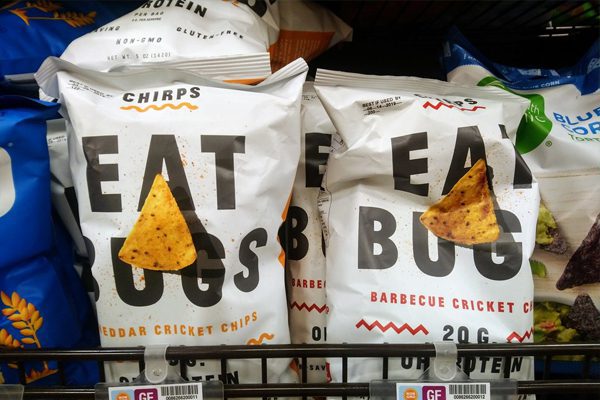 From a nutrition standpoint, some of the best food bugs are mealworms, black soldier fly larvae, field and house crickets, buffalo worms, and migratory locusts. Regardless of nutritional and environmental benefits, acceptance in cultures that see bugs as antithetical to an appetizing meal remains an obstacle.

Overcoming this common aversion may be easier now than in the past. Meat alternatives and plant-based ingredient substitutes are now commonplace in grocery stores and restaurants. This is due in part to advances in food science that improve the taste, texture, and versatility of unconventional ingredients.

Likewise, Western consumers may be a little more accepting of insect protein with the right culinary ingenuity. One example is cricket flour, which is created from freeze-drying and pulverizing crickets. The flour can be used as a high-protein binding agent and wheat substitute in products like energy bars, pasta, and packaged snacks. Softer body insects, like larvae, grubs, and worms, have been suggested as ingredients in patties and sausages.