A Suspended Skyscraper That Lets You Float Around The World

Some building proposals have gotten notably bold in recent times, but this latest concept is, almost literally, unearthly. A new building plan from Clouds Architecture Office of New York City takes the idea of a mega structure and turns it on its head, then dangles it from the sky.

Their design is a skyscraper that actually hovers above city skylines, suspended from an asteroid. 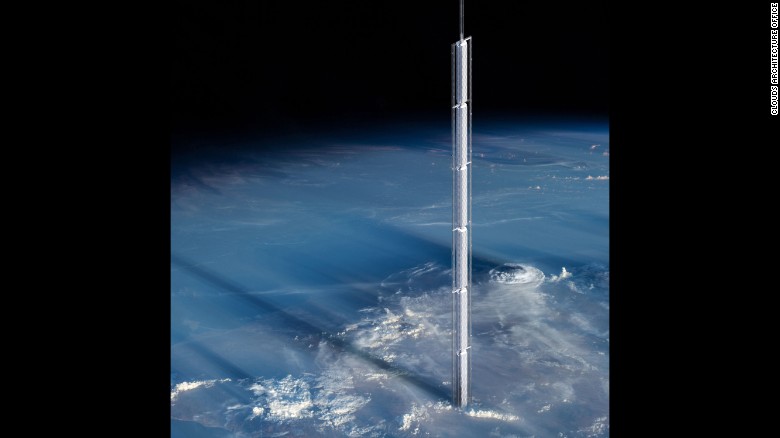 That means building residents would actually hang 31,068 miles above Earth and journey across a longitude path, between the northern to the southern hemispheres on a daily basis—not unlike a satellite.

Leave Life On The Ground Behind?
The tower would still linger over “home” point in a major city for a slightly extended period each day. Where does that leave residents and visitors who wish to spend some part of their life on the ground, with friends and family who have less out-of-this-world living arrangements?

Designer Ostap Rudakevych has said that large passenger drones would allow residents and visitors to travel between the tower and Earth’s surface. 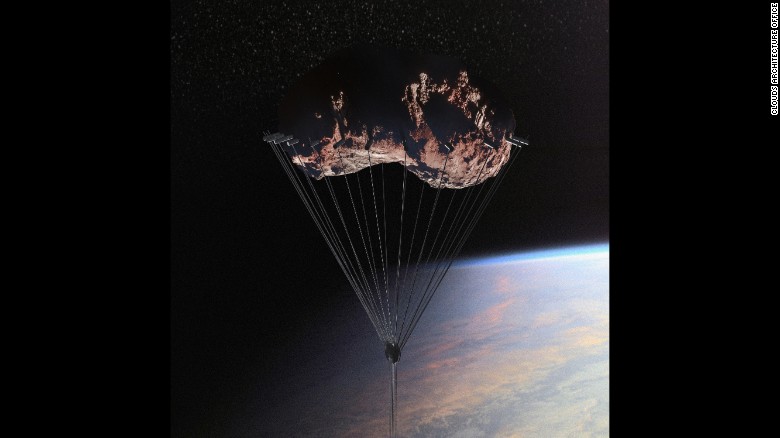 Could It Work?
Sound like pure science fiction? The concept is certainly out-there, but a few scientific advances could make it possible.

The ability to redirect portions of asteroids and place them into a forced and stable orbit is already in the works through NASA’s “Asteroid Redirect Mission”. The tower itself would need to be notably lightweight and durable.

Rudakevych has specified aluminum and carbon fiber as possible building materials. The cabling needed to safely suspend the aircraft would require advanced engineering. For power and water needs, spaced-based solar panels and a semi-closed loop system to collect water from cloud vapor and rain have been proposed.

There are still a lot of questions that need to be answered and a lot of problems to be solved before the “Analemma Tower” becomes close to a reality. If it could be done in your lifetime, would you want to live in a building traveling at 300mph above the surface of the earth every day? Give us your answer in the comments.