The world’s defensive technology lead has become a tenuous position. The U.S. has enjoyed that spot for decades but as the nature of conflicts change, enemy territory becomes more difficult to define.

As other military powers boost and broaden their technological access,  significant action will be needed to maintain our defensive lead.

As aggression from Russia and China have escalated, the Pentagon recently announced a decision to boost one specific form of military technology over the next several years.

Through the Army and employment of civilian contractors, the Pentagon will aim to increase drone use by about 50 percent.

Changing Adversaries And A New Approach
Drone warfare is commonly associated with anti-terrorism activity and intelligence gathering over target areas, but growing potential for conflict with Russia and China has lead the Pentagon to consider a different approach.

Additionally, the U.S. Air Force has been made to decrease its daily combat missions from 65 to 60 as a result of stress on the force.

This limited activity further hinders the U.S. military’s ability to face mounting security threats from opposing forces. Considering the current and pressing need for regular surveillance and airstrike missions in the fight against Islamic State groups, the new limitations could amount to some serious vulnerability.


Calling In Civilian Forces
In order to reach the goal of 90 daily combat air patrols, official resources–which were cut as the wars in Iraq and Afghanistan came to an end–will need to be restored for combat missions. Additionally, civilian contractors will need to be employed for surveillance missions.

The Pentagon, however, is still trying to determine how costs will be covered and how the drone gathered data would be sorted and analyzed.

While there’s no shortage of obstacles for such operations, it’s hoped that contractor flights will especially help the Air Force recover and restore many of its exhausted drone resources.

Will Demand Boost Innovation?
This new demand for drones and missions operators may help breed the level of UAV defenses and innovations that will help ensure that the U.S. and its allies retain a valuable technological edge.

However, these is still a great deal of work to be done in implementing, and developing, the caliber of security and defensive capability that we’ll need to maintain our lead, even as technology changes everything we know about the battlefield.

Do you expect this increase in drone demand and need for civilian contractors to have an impact on your industry?

Do you think the Pentagon is making the right move with this UAV boosting plan?

U.S. Waking Up To Defense Vulnerability Of Offshore Semiconductor Production

With only 12 percent of global semiconductor manufacturing occurring in the United States, the Department of Defense wants to make securing the semiconductor supply a big priority. Almost every aspect of the nation’s defense resources depend on semiconductors to operate computer systems. China already produces 15 percent of the world’s semiconductors and has openly declared an intention of dominating the market by 2030. The bulk of semiconductors come from Taiwan and South Korea, which means that the United States relies heavily on East Asian sources for the chips vital to all modern civilian and defense equipment. 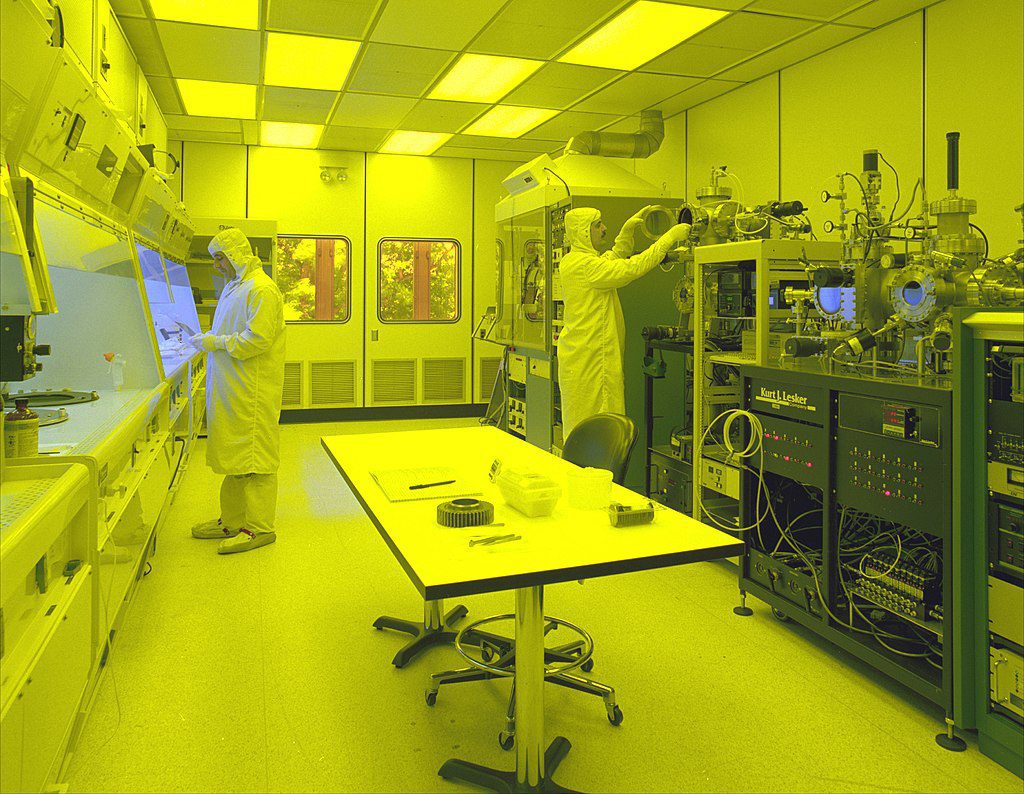 Such funding, if it materializes, could prove politically popular. According to the Semiconductor Industry Association, a federal investment of $20 billion to $50 billion could promote as many as 70,000 new and well-paid jobs throughout the country.

The Defense Advanced Research Projects Agency announced a new program a year ago to address semiconductor security and manufacturing issues. The Structured Array Hardware for Automatically Realized Applications (SAHARA) program is working with Intel and various universities to expand domestic supply. Additionally, SAHARA has the task of developing protocols to ensure the security of semiconductors coming from foreign sources. 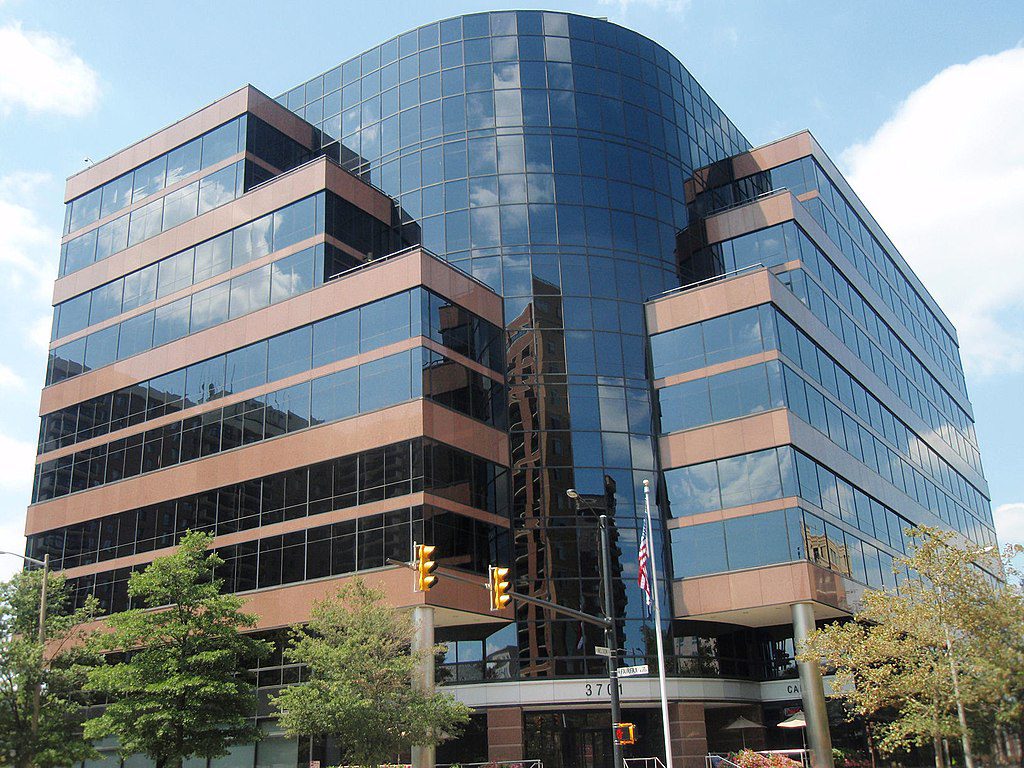 Do you agree that the United States needs domestic semiconductor manufacturing for long-term military security?

ABOUT The Department of Defense

The Defense Department has 11 combatant commands, each with a geographic or functional mission that provides command and control of military forces in peace and war. The Army, Marine Corps, Navy, Air Force, Space Force and Coast Guard are the armed forces of the United States. The Army National Guard and the Air National Guard are reserve components of their services and operate in part under state authority.

ABOUT The National Security Council

SIA seeks to strengthen U.S. leadership in semiconductor manufacturing, design, and research by working with Congress, the Administration, and key industry stakeholders to encourage policies and regulations that fuel innovation, propel business, and drive international competition.

For sixty years, DARPA has held to a singular and enduring mission: to make pivotal investments in breakthrough technologies for national security.

The genesis of that mission and of DARPA itself dates to the launch of Sputnik in 1957, and a commitment by the United States that, from that time forward, it would be the initiator and not the victim of strategic technological surprises. Working with innovators inside and outside of government, DARPA has repeatedly delivered on that mission, transforming revolutionary concepts and even seeming impossibilities into practical capabilities. The ultimate results have included not only game-changing military capabilities such as precision weapons and stealth technology, but also such icons of modern civilian society such as the Internet, automated voice recognition and language translation, and Global Positioning System receivers small enough to embed in myriad consumer devices

SAHARA is a critical program supporting the Department of Defense (DoD) microelectronics Roadmap led by the Under Secretary of Defense for Research and Engineering – USD(R&E) – to define, quantify, and standardize security while strengthening domestic semiconductor manufacturing. The Rapid Assured Microelectronics Prototypes-Commercial (RAMP-C) and State-of-the-Art Heterogeneous Integration Prototype (SHIP) projects are also integral to the DoD Roadmap.

The U.S. Navy announced that its stealth destroyer, featuring a tumblehome hull, performed well in high seas with 20-foot waves. Above the waterline, the hull design narrows instead of widening as would be normal. Angular features across the rest of the destroyer limit detection by radar. Military engineers expect the stealth design to transform naval warfare, but concerns had been high about the tumblehome hull, which had been historically associated with problems.

The Sea State Scale from the World Meteorological Organization ranges from 0 to 9. Sea State 6 represents very rough seas that challenge all vessels. When a strong storm presented itself off the coast of Alaska, the Navy decided to sail the Zumwalt straight into the rough conditions. During the test, engineers evaluated the ship’s structural and operational responses. 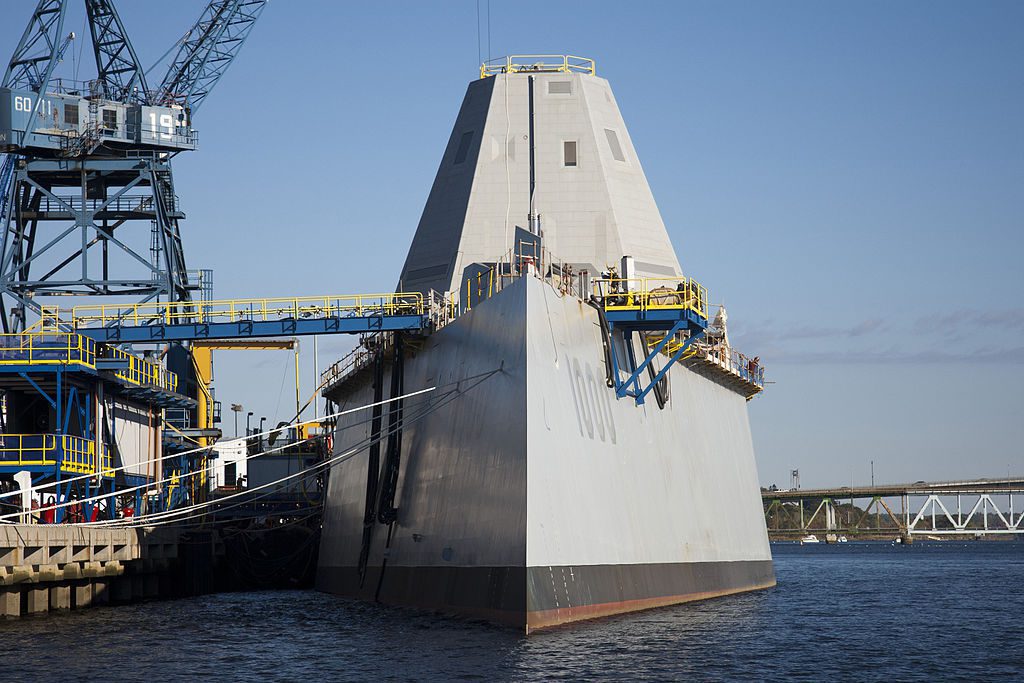 Due to the hull’s experimental nature, stability in such conditions was very much a concern. The Zumwalt is the largest ship built with this type of hull. However, the stealth destroyer proved to be exceptionally seaworthy. The Zumwalt’s captain said that the tumblehome hull rolled less than normal ships. He and the crew had to adjust their expectations because ships normally roll as much as 15 degrees in heavy seas, and the Zumwalt’s shifting was minimal by comparison.

Engineers will study the data collected during the real-life test in heavy seas at the Naval Surface Warfare Center in Carderock, Maryland. The location contains a massive wave pool where engineers can reproduce high seas at a model scale. Engineers will compare the real-world results to results produced in the wave pool. 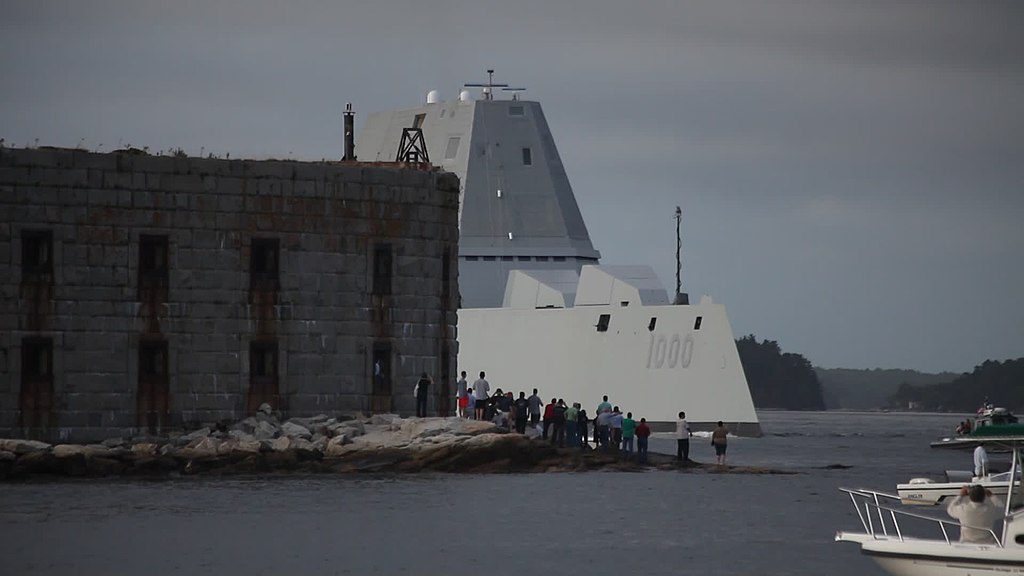 Credit: The latest and most expensive naval destroyer is rounding Fort Popham in Georgetown, Maine on her way to the open seas and after commissioning in Baltimore to her home base in San Diego. Credit: Paul VanDerWerf

After this promising high-seas test, do you expect the tumblehome hull to become widespread?

Established by the ratification of the WMO Convention on 23 March 1950, WMO became the specialized agency of the United Nations for meteorology (weather and climate), operational hydrology and related geophysical sciences a year later. The Secretariat, headquartered in Geneva, is headed by the Secretary-General. Its supreme body is the World Meteorological Congress.

Just as developers of autonomous vehicles for civilian roads grapple with programming life-and-death decisions, the defense industry must contend with when and if autonomous equipment should strike a target. Will autonomous military vehicles have an independent ability to make firing decisions or always require human approval for lethal action? With autonomous technologies advancing rapidly, military leaders are now confronted with practical instead of theoretical questions.

An exercise at West Point had students consider ethical scenarios while testing the other military benefits of autonomous military equipment. Students largely felt uncertain about the amount of authority the machines should be given. The possibilities for independent machine actions have also left military leaders pondering how much control to give up to autonomous machines on a battlefield.

Short of firing weapons based on nonhuman algorithmic decisions, autonomous military vehicles have clear roles to perform in military environments. Rheinmetall, a Canadian defense contractor, has designed a modular unit that soldiers can outfit for different purposes.

Attachments for the autonomous vehicle offer reconnaissance and surveillance functions. The vehicles can also transport personnel in or out of operational areas. They could retrieve wounded people and evacuate them. Other attachments aid in fire fighting or enable detection of radiological, chemical, or biological hazards. 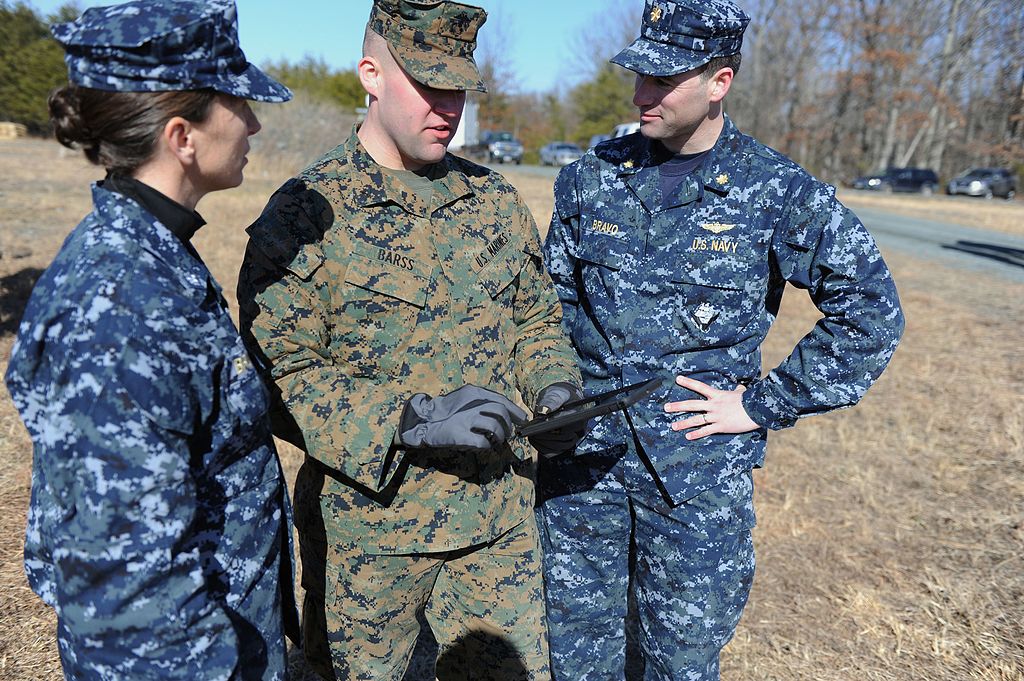 Autonomous vehicles would reduce risks for military personnel. They could send the machine to perform reconnaissance or sweep for hazardous materials. Machines could enter hostile zones and exchange fire with opponents. 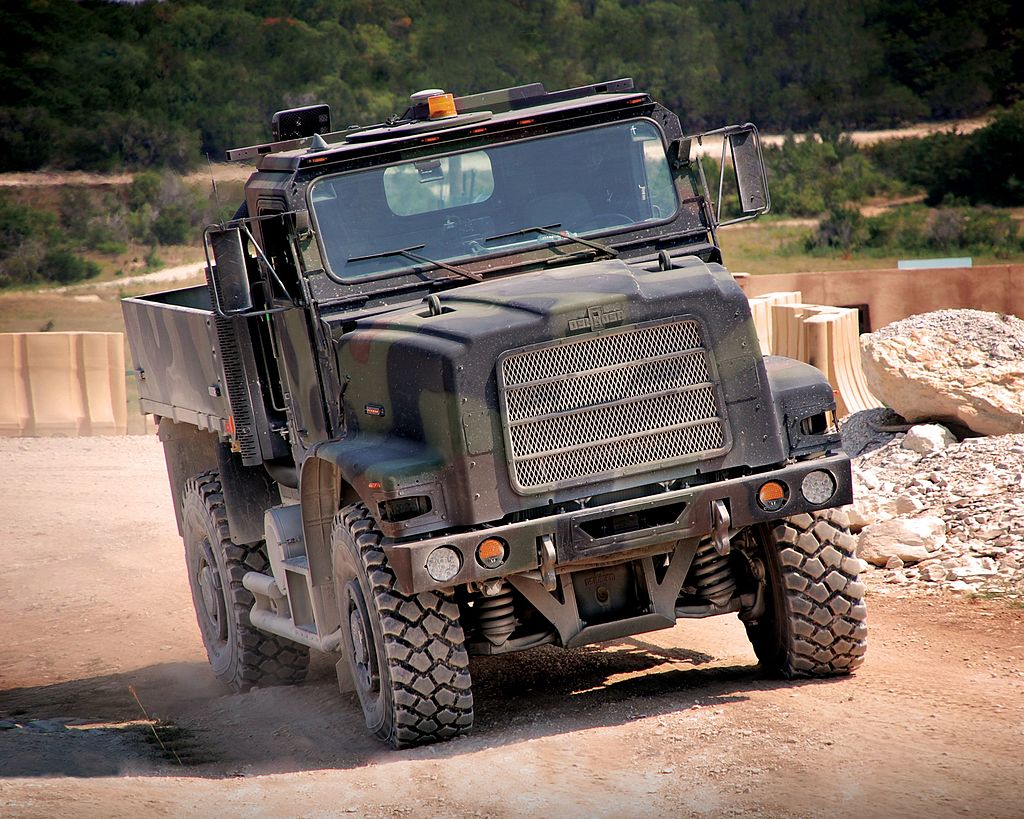 Engineers have proposed many uses for autonomous vehicles. Unmanned naval vessels could pursue submarines underwater or fire weapons from offshore to support Marines on a beach. The U.S. Army is currently experimenting with machines that locate enemies and supply tanks with targeting information. The U.S. Air Force has plans for advanced drones that would work in conjunction with fighter planes.

Do you think that military scientists will achieve the next breakthroughs in autonomous vehicles? Comment with your thoughts on where this will lead.

West Point’s role in our nation’s history dates back to the Revolutionary War, when both sides realized the strategic importance of the commanding plateau on the west bank of the Hudson River. General George Washington considered West Point to be the most important strategic position in America. Washington personally selected Thaddeus Kosciuszko, one of the heroes of Saratoga, to design the fortifications for West Point in 1778, and Washington transferred his headquarters to West Point in 1779.

The U.S. Military Academy at West Point’s mission is “to educate, train, and inspire the Corps of Cadets so that each graduate is a commissioned leader of character committed to the values of Duty, Honor, Country and prepared for a career of professional excellence and service to the Nation as an officer in the United States Army.”

In addition to offering its own solutions, Rheinmetall Canada provides the Canadian market with Rheinmetall’s broad portfolio of system solutions, services and technologies in the areas of mobility, reconnaissance, management, effectiveness, simulation, and protection.