Moving from fossil fuels to renewable power sources is not only a priority in the civilian world, the military is now seeking better ways to boost climate resistance and reduce energy vulnerabilities.

One area that presents ample opportunities for improvement is military vehicles. The need for reliability, resistance, and power in extreme terrain and combat conditions presents some major challenges to efficiency, even with light-duty transport needs.

A military hummer, which can carry about six adults without the addition of a troop carrier, offers fuel efficiency of around 8 MPG. And this is just one example in a fleet of tactical and non-tactical vehicles that demand major quantities of diesel. 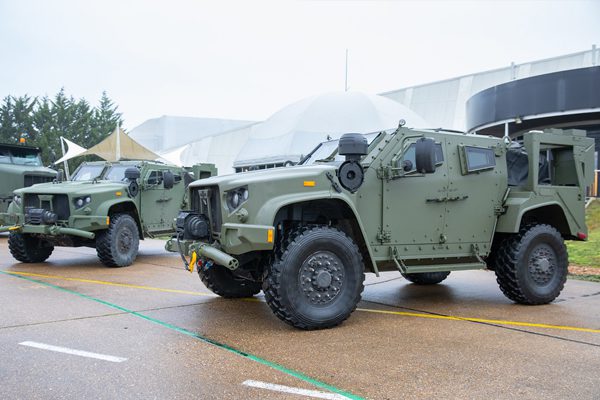 Considering how much fossil fuel costs have risen and renewables have started to drop, it’s no wonder that the U.S. military is seeking more modern and sustainable solutions.

A new plan recently publicized by the Army aims to advance sustainability, readiness, and resilience as threats from climate change continue to affect numerous aspects of defense operations.

New army vehicles, offering many modern military advantages combined with fully electric power capabilities, are reported to be included in the update. 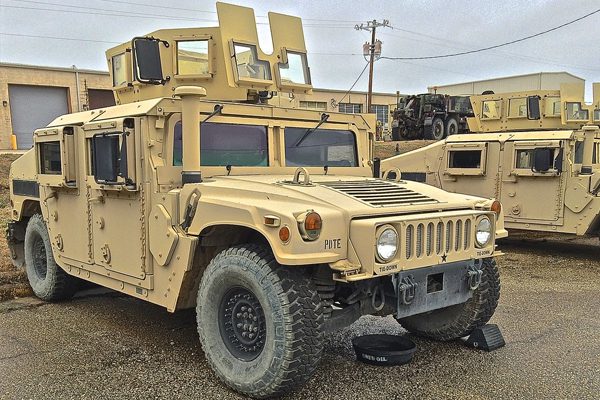 GM Defense and Oshkosh Corporation are expected to be early contributors to the Army’s transition away from diesel and other fossil fuels.

Oshkosh Vehicles For Stealth And Sustainability

In early 2022, Oshkosh unveiled a hybrid-electric joint light tactical vehicle (eJLTV) that greatly improves the fuel economy of conventional JLTVs and also significantly cuts down on the noise and heat signatures that are unavoidable with a diesel engine.

The new eJLTV’s lithium-ion battery has a 30-kilowatt hour capacity and export power of up to 115 kilowatts.

Operators can flip a switch to transition from diesel to stealthy, lower-temperature, and emission-free battery power. According to Oshkosh, the design makes it possible to easily retrofit standard JLTVs with hybrid electric capabilities.

While the decision to retain hybrid power instead of going full-electric might seem like a missed opportunity, the move was strategic. Hybrid power capabilities ensure reliability on the battlefield and in environments that don’t provide access to charging stations.

The eJLTV is an expansion on Oshkosh’s past hybrid integration on small quantities and experimental versions of medium and heavy-duty tactical wheeled vehicles.

These developments may serve as a foundation as the Army and other U.S. military branches aim to integrate more hybrid military vehicles and even those that are all-electric . 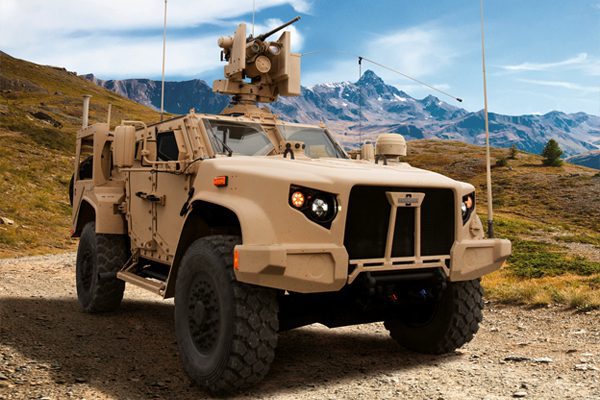 General Motors has been making ongoing headlines since it announced the GMC Hummer EV, an all-electric pickup truck with a 329-mile range and 1000 HP capacity. GM received more than 65,000 orders and the truck is now sold out through 2024.

The U.S. Army has also been paying attention to the high-power, electric vehicle. Now, its GM Defense division is working with the U.S. military to build an all-electric Light Reconnaissance Vehicle (eLRV) that meets defense standards and also accounts for recharging in battlefield conditions.

The eLRV would also require silent operation, enhanced mobility, and enough power, capacity, and protection to support a six-solider Scout Squad on mounted and dismounted Reconnaissance and Surveillance (R&S) missions.

It’s not just the U.S. Army that GM Defense hopes to attract with a new line of electric-powered military vehicles. The company is reported to be taking steps into international markets and potentially working with Canadian, European, African, and Pacific-based armed forces.