The U.S. Army Research Laboratory (ARL) is on a mission to develop more advanced autonomous technology that can turn robots into “teammates” on the battlefield. During the Pentagon’s recent “Lab Day” exhibition, DOD researchers displayed some of the impressive robotic capabilities being developed for defense applications. They also stressed the need for advancements that would have robots functioning more independently in combat and other situations. 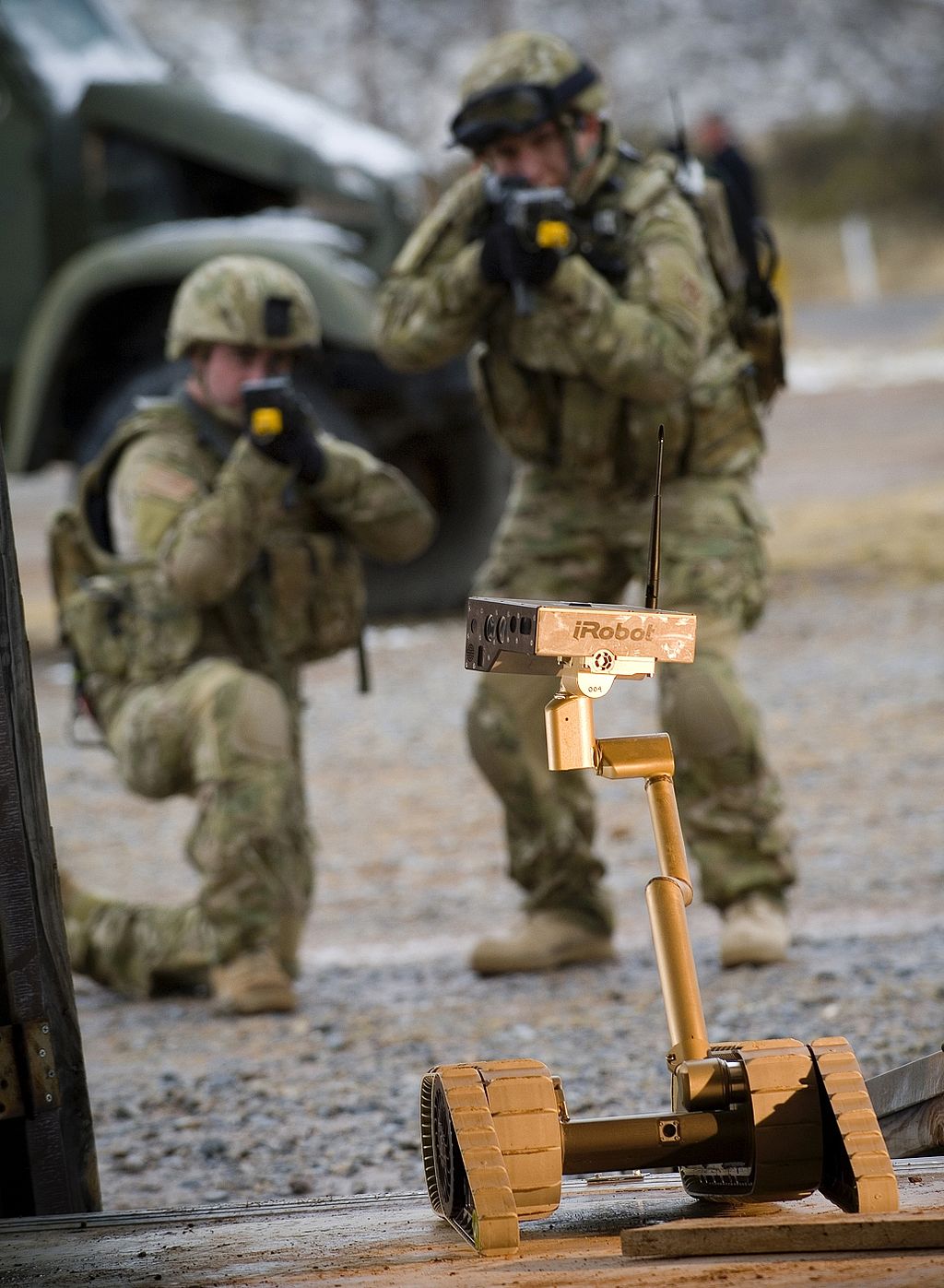 Currently, most defense robots are controlled through a tele-operated system. This means that they must be guided through the use of a hand operated control, requiring a soldier to put down their weapon to make use of a robot while another soldier provides security. Researchers at the ARL are looking for ways to change that level of hands-on interaction to something more intuitive for a soldier in the field.

Robots That Understand And Respond

Chief of the Asset Control and Behavior Branch at ARL, Dr. Stuart Young is working with other DOD researchers to create robots that are able to understand natural human language and respond accordingly. This is part of an effort to make autonomous technology serve more of a teammate function for soldiers rather than just as tools. Getting robots to understand the intent of a mission, rather than just the parameters of a given task, will be a key capability for this type of military technology.

Dr. Young explained during this year’s Lab Day, “We are focusing on natural language dialogue, which is a bi-directional conversation we can have with the robot. I want to be able to naturally engage with the robots. So if I, for example, say go to that building over there, you might say ‘which one?’ And I could say ‘the tall one.’ It’s a way for us to have a dialogue and disambiguate what you intend for the robot to do.”

Dr. Young and his associates are examining ways that robots can better understand their environment in a context that’s similar to human understanding, which would then enable them to adapt even with prior experience in a particular setting. They must also be able to do so quickly so they keep pace with soldiers on a mission.

According to ARL research scientist, Dr. John Fossaceca, these and other robot teammate capacities are just a couple of decades away from reality. “In the future, I envision that soldiers and robots will be working together as teammates, fully dismounted, and robots will be able to understand the intent of the commander, and will have a feedback loop where the robot can get clarification of instructions and understand even the tempo of the operation, understand the context of the environment we’re working in, be able to do automatic exploration, come back with reports, and basically save soldier’s lives. In 20 years, this will be working.”

What are your thoughts on this approach to developing and deploying autonomous technology on various missions? Comment and tell us what you think.