Why is there a need to update and modernize the crypto equipment of the U.S. Army?

Two years ago, $283 million was earmarked for a program to replace and upgrade cryptographic units via the Army-Wide Cryptographic Network Standardization (ACNS) initiative for the entire US Army organization.

Modernization of Crypto Equipment
The $283 million budget is to be spent on modern crypto equipment that would replace thousands of end-of-life cryptographic units (ECUs) with antiquated algorithms. Since 2012, a team from the Army’s Communications-Electronics Research, Development and Engineering Center (CERDEC) has made the rounds to upgrade the units at the various bases across the country, in South Korea and the Marshall Islands.

Outdated Algorithms
Aside from the algorithms being outdated, the Army also needs to secure the information being shared on their tactical network which they have extended to the soldiers in the field. Unlike some of the newer communication systems such as tactical radio handsets including rifleman radio accessories, used by the different military units, many of the cryptographic communications systems were deemed to be Cold-War era old.

The ACNS initiative provides modern cryptographic equipment with enhanced security and capabilities and allows CERDEC to expedite delivery of such new and modern equipment to all Army bases around the world.

Savings For The U.S. Army
The modernization initiative should save the U.S. Army hundreds of thousands of dollars, according to the lead engineer for the In-line Network Encryptor team, Patrick Doyle. The enhanced capabilities and security are provided at no cost to the customer.

Swapping Old With New
CERDEC, tasked with swapping out legacy items and bundling technology resulting in fewer devices required to perform the same tasks, has already replaced 17 legacy devices from the bases along the East Coast, Korea, Japan and Europe. From the 33 military installations in Korea, Marshall Islands, and the United States, a total of 879 units out of the 1,462 antiquated devices have already been replaced with modern units. One modern unit is a replacement equivalent to 17 legacy devices.

Shrinking Military Budget
The reason for such disproportion is attributed to the continuously shrinking military budget causing a variety of equipment to have been installed in the numerous military installations. You can’t find any standard set of equipment in the field. Because budget allocations are different for each location, some bases or military installations are not able to procure more equipment. No two networks are alike. Doyle explained that the mix of devices due to difference in budget and procurement cycles does complicate the job in some ways.

Site Survey Prior to Visiting The Military Installations
Prior to visiting the base, the team from CERDEC does a site survey. This is to allow them to have an idea of what they should expect with their actual visit. They will have prior knowledge as to what works with a CERDEC lab back at Aberdeen Proving Ground, in Maryland and to provide solutions to any problem that might come up.

Sending Back Antiquated Devices To Army Depot
The process of installing the new equipment requires the team to take out the old for shipment to Tobyhanna Army Depot in Pennsylvania. This is where new units are prepared and where old devices are sent back are to be “demilitarized.”

Standardizing And Simplifying Field Equipment
Aside from standardization and simplifying equipment in the field, the ANCS program is also expected to create a substantial savings from the software and hardware upgrades amounting to more than $187 million during 2012 and 2019 fiscal years. The CERDEC team will continue making rounds to the bases on the East Coast of the country, as well as South Korea, Japan and Europe.

Will the US Air Force or U.S. Navy have similar modernization initiatives? 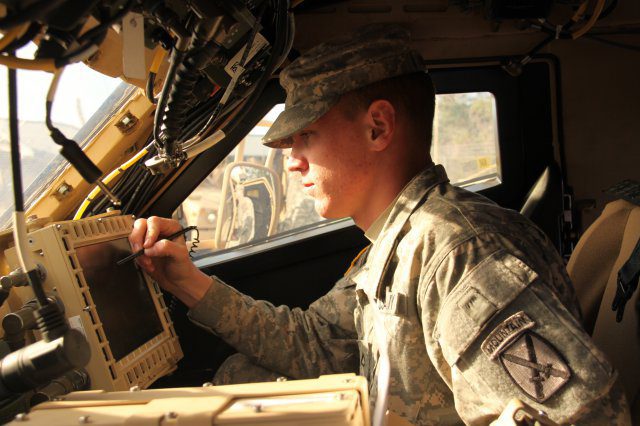