In the civilian world, gloves are used to keep hands warm and to protect skin from rough surfaces and extreme temperatures. Farmers, factory workers and everyday people all wear gloves, especially during cold temperatures to keep the chilly weather away and improve dexterity and grip.

Each branch of the armed forces of the United States has its own regulations regarding uniform standards. While civilians often think about camouflage uniforms when picturing a member of the military, each branch actually has a variety of different uniforms that are worn for different purposes at different times.

In terms of military-compliant gloves, there is no standard for what makes a glove military compliant when manufactured by a third party, but there are standards for what defines a glove as compliant when it comes to what can be worn with different uniforms across the various branches of the United States military. 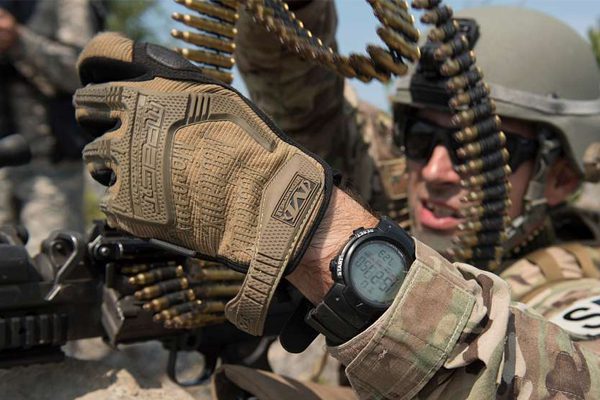 Some uniforms come with gloves provided. Uniforms that do not come with gloves may be worn with gloves in some cases as long as the military member purchases their own gloves and remains in compliance with the standards of the branch and specific uniform.

Commonly, military gloves will be required to be black in color, able to be slipped on and off and will need to feature a four-finger and one-thumb design. This means that gloves featuring any type of coloration or finger-webbing or mitten-type designs are excluded from use. Fabrics that are usually acceptable for gloves worn by military members include leather or cotton. 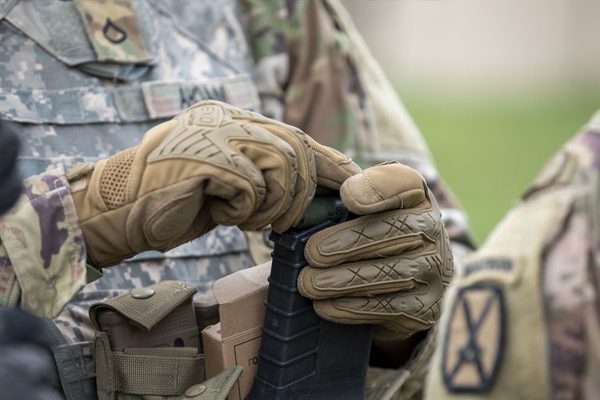 White gloves are sometimes allowed when a member of the military is in military dress uniform. This type of uniform is often worn during formal events or when performing certain formal duties.

What Are The Different Types Of Military Gloves?

Gloves used in the military differ by feature, and the features found on these types of gloves may be defined by how and where hand protection is needed. For example, Air Force gloves will need to include extra flexibility to allow pilots to operate sensitive flight controls and technical equipment, but sniper gloves may feature extra grip to allow a marksman to operate a sniper rifle with added precision. 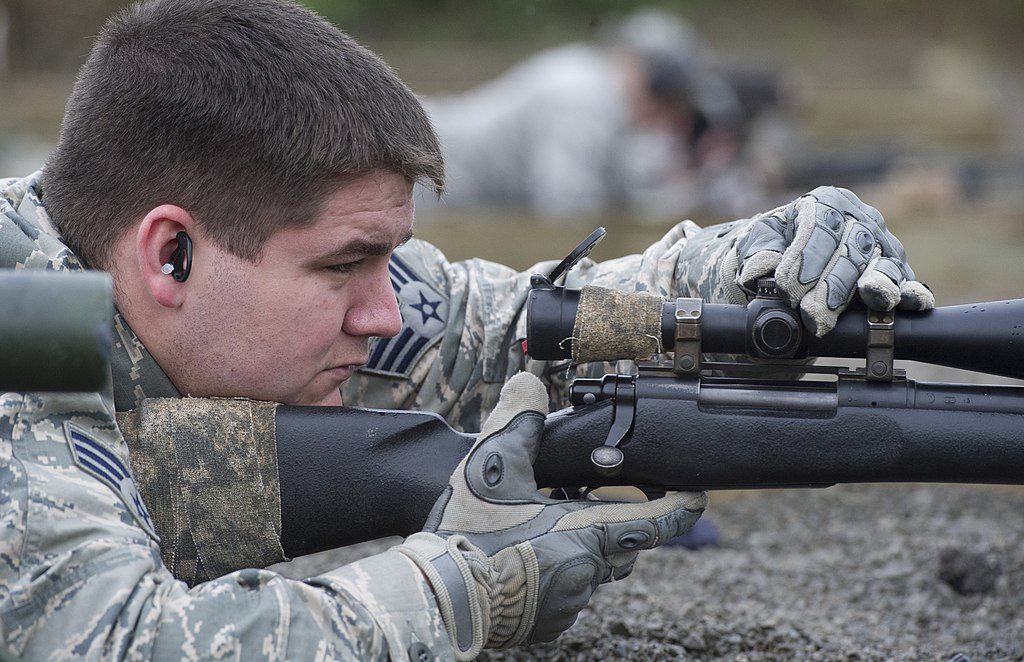 Soldiers in the United States Army or Marines who are tasked with operating tanks and other military vehicles will need gloves with added durability that can stand up to repeated abuse. Sailors may require gloves that include moisture-repelling properties when working onboard a watercraft or naval vessel.

Thermal Insulation – Because military personnel are tasked with working in all types of weather and all kinds of climates, thermal insulation is a must for gloves used in the field. Tactical winter gloves often feature layers of insulation that keep hands warm, but these layers need to be made from breathable fabrics to alleviate sweat and condensation. 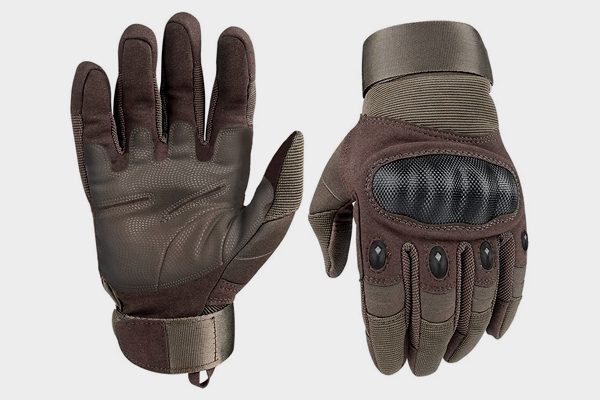 During tense or precise operations, losing the ability to maintain fine motor control can cost lives, so military cold weather gloves need to be able to insulate hands while also wicking away moisture.

Sharps Protection – Sharps are items that can poke holes through or cut the skin. Sharps may be considered needles and knives, but sharp stones can also be included in this category. Some tactical gloves used in the field or in a medical setting will need sharps protection, and this is achieved by including inner layers of finely-woven materials that are not easily penetrated by sharp objects. 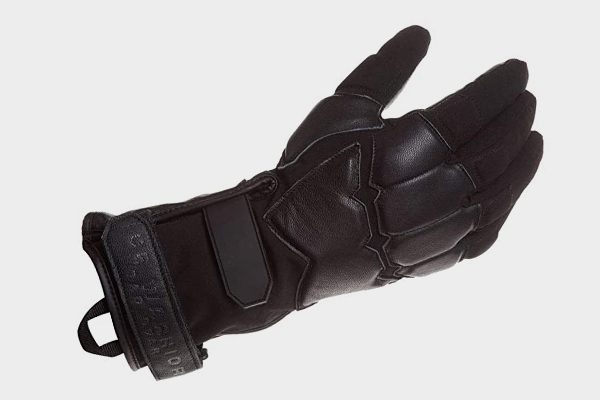 Padding – When working with rough surfaces, padding is essential for protection against repeated contact. Many military gloves feature additional padding along the palms and underside of the fingers to protect these areas against damage that can be caused by the long-term gripping of objects with rough surfaces.