While algae is often thought of as a nuisance that forms on the insides of fish tanks, this organism has proven to be very useful for the production of energy.

Algae energy comes from the natural oils produced by photosynthesis. This oil is converted into algae biofuel that can then go on to power a variety of things, including commuter vehicles, airplanes and trains.

The hope is that this type of biofuel can not only become sustainable through open pond farms but also that biofuels will one day be able to replace fossil fuels entirely. 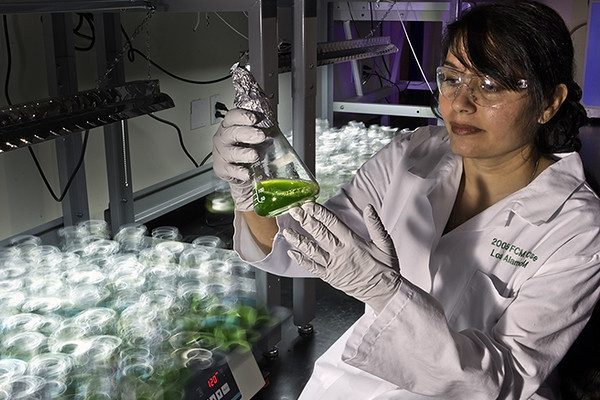 Is Algae Fuel The Only Biofuel?

Current biofuel solutions include corn and ethanol. In some cases, these options are mixed with traditional petroleum-based gasoline, but certain engines can run solely off of biofuels.

While these technologies are cleaner than fossil fuels, engines for this type of usage alone are still being researched and tested. They are not considered commercially viable, and even if they were, retrofitting existing vehicles that utilize an internal combustion or similar engine would be problematic.

Replacing all of the engines in the world with new versions that run on biofuel alone is an endeavor that faces the same challenges as the conversion to electric power.

While it may be possible, the cost involved along with the time required to make the conversion would be astronomical and unreasonable unless the conversion took place over the course of many years and in segments.

In order to harvest the large amounts of algae fuel needed to make processing viable, algae farms are often used to cultivate specific species of this plant.

To aid in this effort, companies like ExxonMobil have gone so far as to genetically sequence certain algae strains to create farming operations on a large scale.

Additionally, the National Renewable Energy Laboratory (NREL) under the Department of Energy (DOE) has been studying open pond cultivation to determine whether factors like water requirements, energy usage and yields of biomass can make algae farms viable. 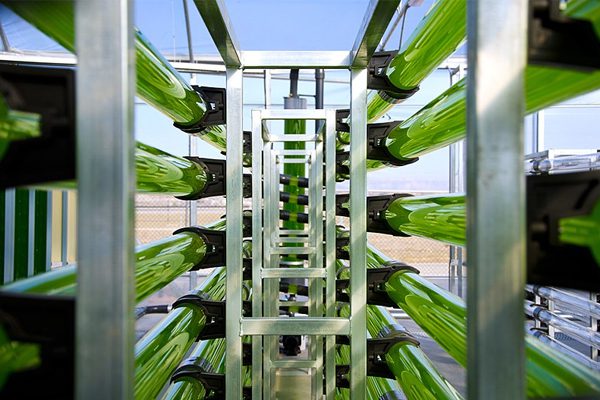 NREL has also completed other studies on the use of combined algae processing (CAP) methods that have produced some promising results.

One of the interesting elements of growing algae for fuel in a farm setting is that wastewater may be a potential source for the cultivation of fuel-producing algae.

The process involves the introduction of carbon dioxide and saline to water under certain conditions. The use of wastewater can mean less energy is used to produce the algae that will go on to produce biofuel, and this could be a cleaner way to produce fuels compared to existing fossil fuel and coal technologies.

Why Aren’t We Getting More Biodiesel From Algae?

Although algae uses in energy production could have a far-reaching impact, there are some drawbacks and challenges that have kept this technology from reaching mass adoption. 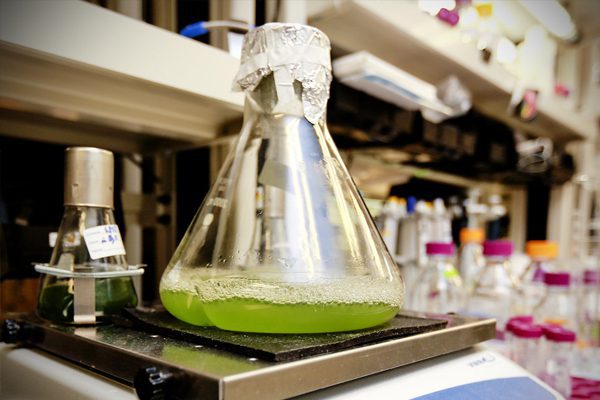 The amount of energy required to cultivate algae is currently more than that needed to produce other biofuel sources like corn. Although algae is considered to be a good source of biofuel, alternatives currently offer a more efficient experience.

Additionally, some algae cultivation methods require phosphorus to be used as fertilizer. This is because naturally occurring algae doesn’t grow in significant enough amounts naturally to be cultivated on a scale needed for farming.

Because phosphorus is required in these situations, this is one more limited resource that will need to be included in the efficiency comparisons of researchers.

Finally, although open pond cultivation tends to yield the best results for growth, algae in these settings requires an environment in which ambient temperature, water temperature and other variables are tightly controlled.

This can mean that farming facilities will require additional energy to produce algae in significant enough amounts to produce efficient biofuel.