Battery storage capacity has been a topic of interest for scientists since the late 1700s and early 1800s when people like Benjamin Franklin and Alessandro Volta began experimenting with the concept of storing power for use later.

Current battery storage capacity is often limited by factors like charge and discharge rates, a battery’s age and the temperature at which the battery has been stored. These limitations have meant that capturing, storing and discharging batteries on a massive scale has been difficult.

In an attempt to expand battery capacity, various fuel cell types have been created. Solid oxide fuel cells, direct methanol fuel cells and phosphoric acid fuel cells are all examples of various types that have been put to use in various ways over the years.

Although these technologies have provided impressive results, rechargeable fuel cell types like flow batteries are garnering a lot of attention as things like electric vehicles and other rechargeable electric devices are becoming more prevalent. 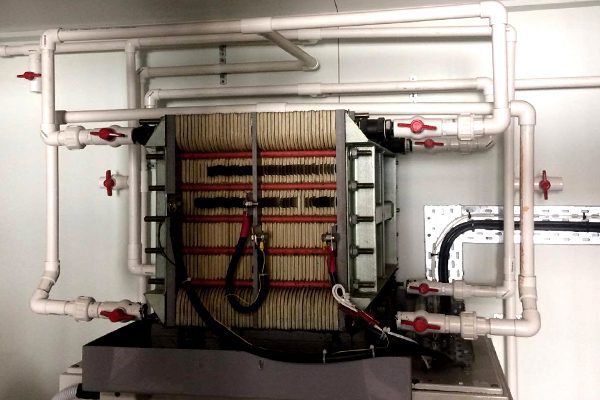 Additionally, the need for power storage to provide energy for electrical grids is increasingly important. Renewable sources of energy are needed badly, but one of the drawbacks to these types of power is that they can only produce usable energy when the energy source is available.

Storing power generated from wind and solar is challenging and not efficient using available technology. This is where flow battery solutions may come to the rescue.

How Does Flow Battery Tech Work?

A flow battery is a type of rechargeable battery that is capable of handling large capacities of energy at any given time. Flow battery companies produce products that are used for grid-scale operations as battery energy can flow to and from these batteries to balance out loads across large networks. 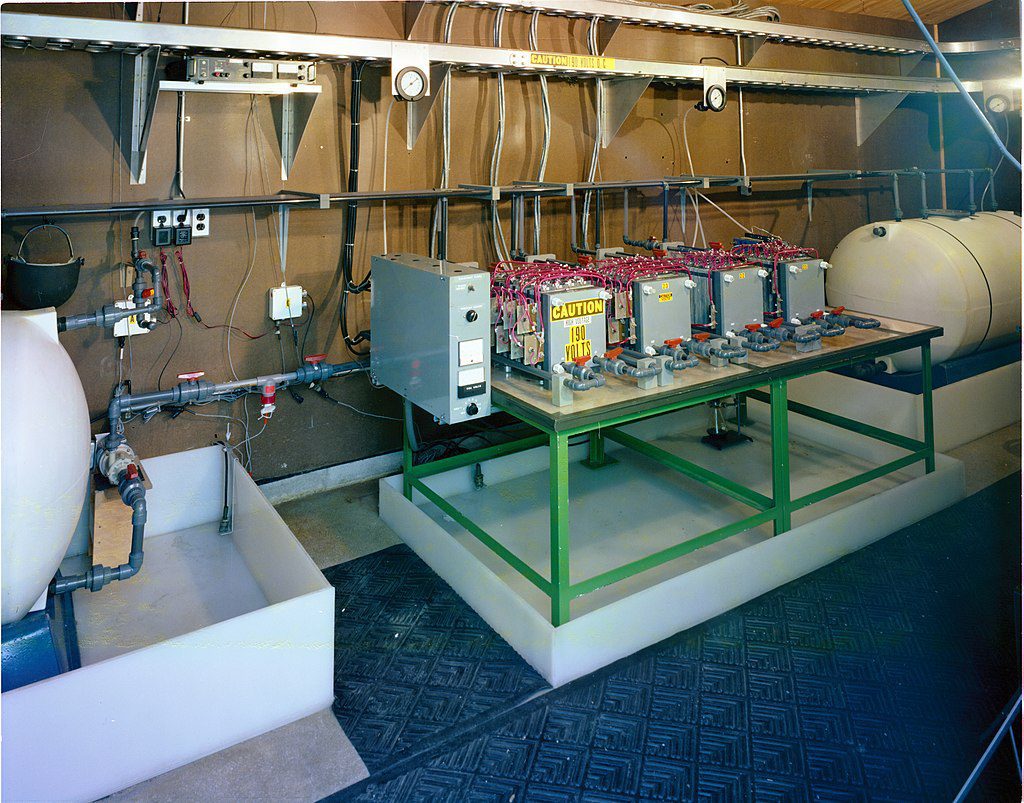 This type of battery tech has received a lot of interest of late as America’s electrical grid has come under scrutiny for its ability to handle an ever-increasing demand from power consumers.

The way in which a flow battery operates is through electrochemical reactions. Commonly referred to as a redox flow battery, these types of energy storage devices rely on catholyte and anolyte that are contained separately in storage tanks. 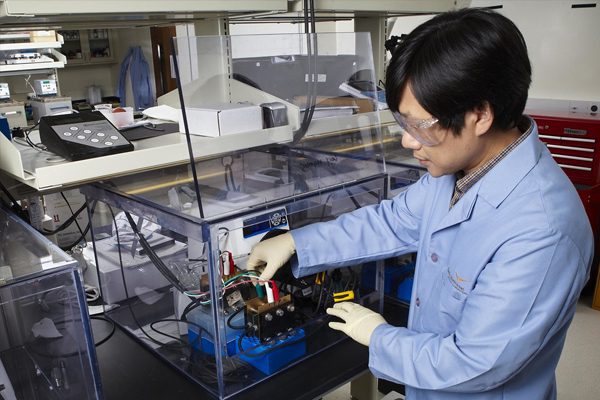 Long-term storage is currently not possible, and this is one of the challenges energy scientists are currently trying to overcome across all sectors that use battery storage for power generation.

Putting Flow Batteries To The Test

Current tests utilizing flow batteries are being carried out in conjunction with local utility providers. For example, Portland General Electric is working with companies to test out iron flow battery technology that uses salt, iron and water. 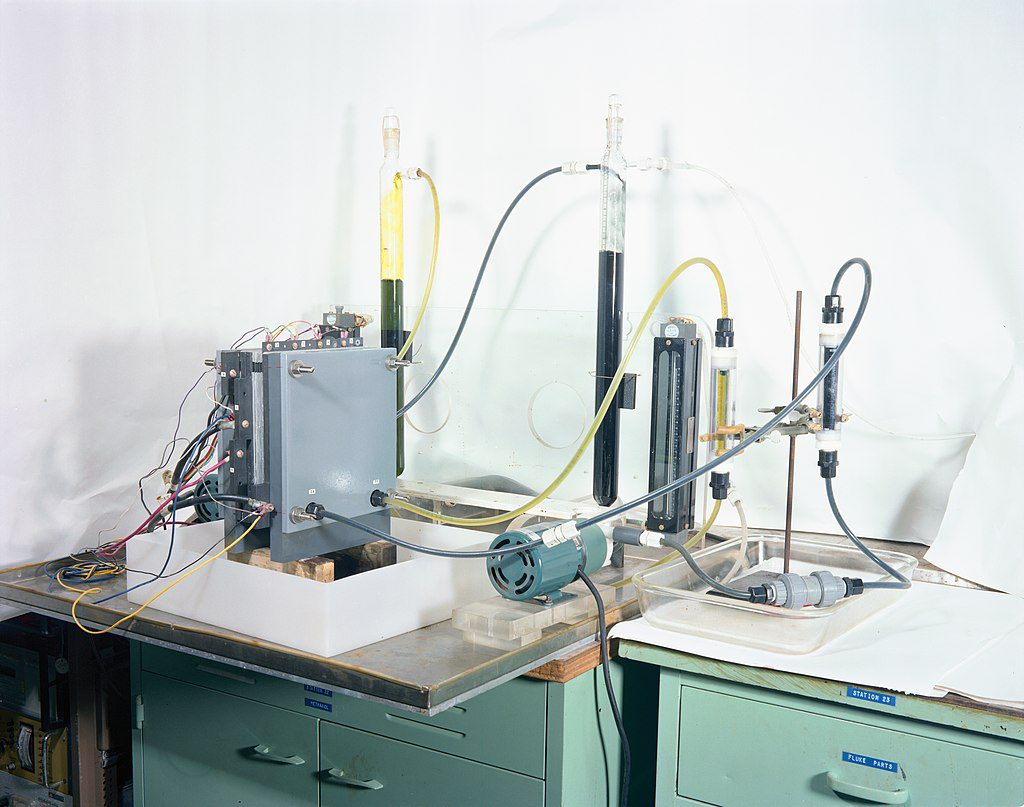 The goal of testing these technologies is to see if municipal and county-level energy providers can store energy from sources like wind and solar in large enough capacities and for long enough periods of time to sustain local and regional grids during off-peak times.

These may include times when wind is not blowing or when the sun is not producing enough solar energy to offer direct power.

Additionally, China is experimenting with vanadium flow batteries in Dalian to see if companies like Rongke Power can store enough energy to power thousands of homes. 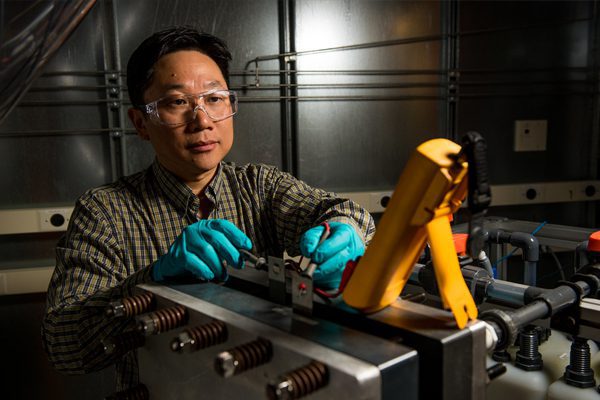 Current testing has rated this technology at 800-megawatt hours, and the potential exists for more capacity as vanadium cells and zinc-bromine fuel cells are receiving a lot of investment from companies interested in the potential.

In fact, some estimates put the investment value in flow batteries at close to $1 billion over the course of the next five years.