As the world seems to require more and more energy with each passing day, scientists and researchers are always investigating new ways to generate power.

Traditional coal-fired power plants are efficient, but they aren’t necessarily the best for the environment.

Nuclear power is cleaner, but it hasn’t been widely adopted due to the time it takes to plan and build these operations in addition to the public’s perception of nuclear fuel.

While science waits for better alternatives, sustainable solutions like tidal energy and wave power are being given a second look.

Are Tidal Energy And Wave Power The Same?

Although tides and waves share a common bond due to gravity, they are dissimilar in how they work. Tides are affected by the changes in gravity that take place due to the moon’s orbiting of the Earth.

Waves are created due to tidal changes as well as the force of wind moving over the waters of the planet’s oceans.

Harnessing the movement of tidal changes can, in theory, produce consistent power that can also be somewhat predictable. Since Earth scientists know how tides change according to moon phases and seasons, the use of tidal changes as an energy source can produce results with little variability. 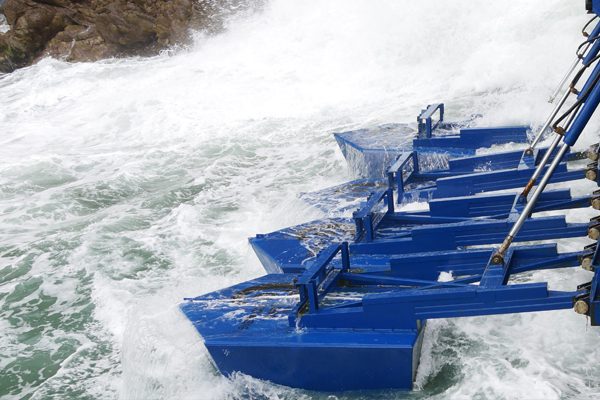 Wave energy is a bit more difficult to predict since all kinds of small changes in the atmosphere can affect the force of waves. Storms, air pressure and other changing characteristics of Earth’s weather make it difficult to say from one week to the next how and where wave energy will become stronger or weaker.

While meteorology can predict some weather events with accuracy based on the seasonality of some events, the exact location and power of storm systems and pressure fronts are less easy to plan for.

The technology behind wave energy and tidal power relies on floating buoys to handle most of the conversion processes. A wave energy converter works by using a buoy attached to a spar that leads to a plate resting on the seabed.

As the buoy moves along with the waves and tidal changes, the movement is converted into energy that travels through the spar and to a cable that feeds the energy to a producer. 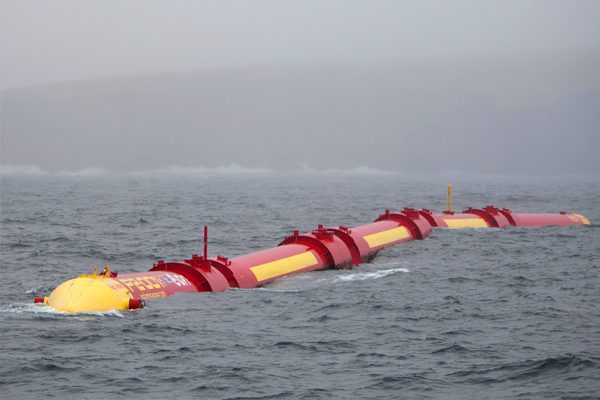 Underwater turbines are also used to convert these types of energy into power. Turbine technology utilizes the changes in the movement of sea waters to turn turbine blades that result in energy production.

In this way, ocean wave energy using turbines is generated much like waterwheels of the past and can produce power 24 hours a day without the need for much human intervention.

Despite the benefits of wave and tidal power generation, these technologies are not without obstacles. As stated previously, the predictability of some wave technologies can be a problem for consistent power production. 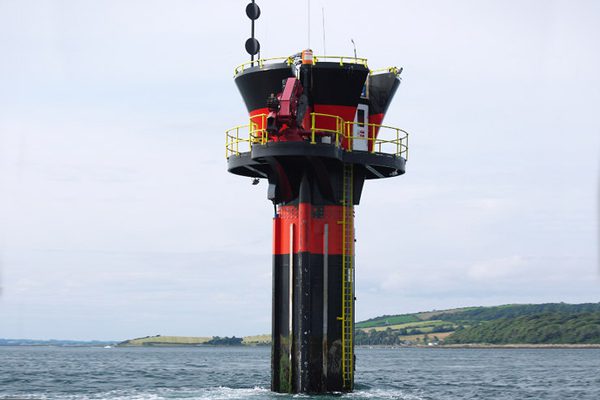 Although waves are present at all times in the plant’s oceans, activity can ebb and flow at different times based on varying conditions. This can make it difficult for power producers to count on wave sources when planning energy availability.

Currently, wave generator farms that have been tested have only yielded 2.5 MW during peak power generation. In order for wave power or tidal energy to be able to compete against existing energy generation technologies, they would need to be able to output much more power at a much larger scale.

Other considerations include location and regulations. Not every location in the world is suitable for wave power generator placement. Everything from ocean depth to coastal terrain can hinder efforts to install generators deep enough to be efficient.

For now, the development of tidal and wave power energy solutions is ongoing as the need for more sustainable solutions is growing. Whether the oceans become a major contributor to the future of power remains to be seen, but the prospect of these sustainable energy sources is enticing.