Plastic and concrete are two essential materials that make modern life possible. They’re also a serious impediment to curbing carbon emissions, reducing waste, and ensuring the sustainability of the planet. Students from MIT have created a new material repurposing method that may help alleviate plastic pollution while also contributing to stronger infrastructure.

The newly developed repurposing method combines concrete and processed waste plastic to create reinforced concrete that’s twenty percent stronger. Not only is this favorable for creating more enduring infrastructure, it reduces the amount of concrete needed and the carbon emission created in the process of forming elements used in a range of different structures, including bricks, barriers, foundations, and more.

A New Way To Reclaim Waste

The waste plastic is obtained from used bottles, which are then ground into flakes and treated with small amounts of gamma radiation. The plastic is then ground again into a fine powder, which is added to the concrete as a strengthening and filling agent. The majority of plastic used in the process would typically end up in landfills or as land, ocean, and waterway pollution. While there are other methods currently used to reclaim and recycle the plastic, only a minority amount is ever recovered from either process, which also results in additional carbon emissions.

The MIT research team is now planning to experiment with other types of plastic beyond used soft drink and water bottles. They are also looking at ways to adjust levels of radiation used in the plastic treatment process to determine various effects on the concrete. While just 1.5 percent of concrete is replaced with plastic, that amounts to a fairly significant reduction in carbon emission considering that concrete alone is responsible for nearly five percent of global emissions.

What are your thoughts on this development? Give us your input in the comments.

Bioplastic Presents Serious Challenge To Petroleum In Production Of Plastic

The National Institute of Environmental and Health Sciences has granted nearly $1.5 million to scientists at the University of Iowa and Villanova University to develop synthetic polymers for cleaning contaminated soil and water. The money will support laboratory experiments with polymers that act like carbon and encourage certain bacteria to break down contaminants.

Bacteria that respirate organohalide exist naturally in groundwater. The researchers hope to refine synthetic pyrogenic carbonaceous matter to find the most effective means of neutralizing contaminants. 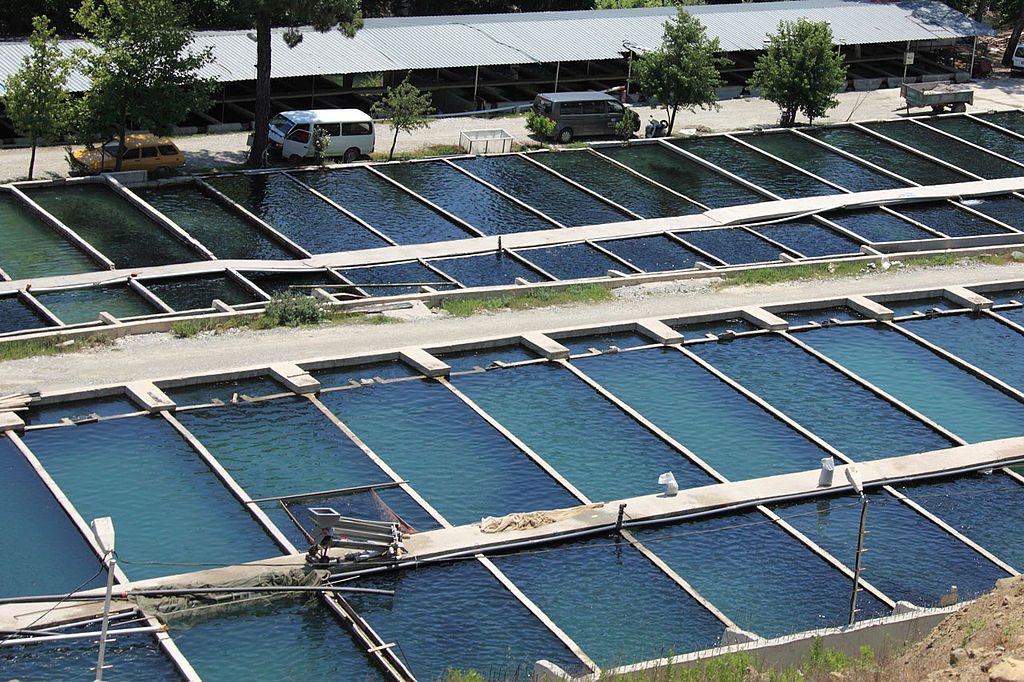 Bioremediation can involve higher level organisms. In Scotland, researchers have discovered that sea cucumbers’ appetite for fish feces could solve the persistent problem of sea floor contamination at salmon farming sites. Laboratory experiments currently measure the waste-recycling capacity of sea cucumbers and their ability to withstand sea lice treatments necessary for fish farming. The potential of this process could expand aquaculture by more than 20 percent globally while halting pollution of sea ecosystems. Cleaner aquaculture could stimulate new economic opportunities for coastal communities and increase food supplies. 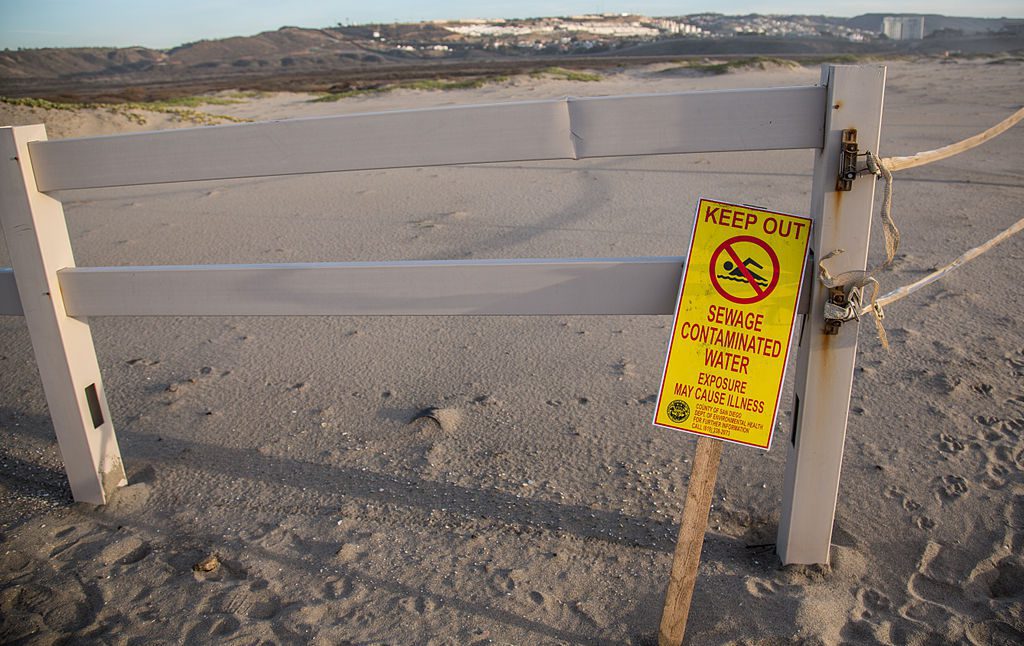 The Fukushima Daiichi nuclear power plant disaster in Japan spread radioactive cesium throughout the surrounding environment. With a half life of roughly 30 years, cesium presents a significant threat to the health and productivity of the region. Japanese researchers have looked to genetically modified plants to absorb cesium from soil in a bioremediation process called phytoremediation. Their recently published findings highlighted plant biology discoveries that allowed plants to absorb cesium without interfering with potassium absorption necessary for growth.

As scientists have shown, the natural world can provide answers to persistent pollution problems. What role do you think bioremediation will play in promoting cleaner industries and healthier environments?

The National Institute of Environmental Health Sciences (NIEHS) is expanding and accelerating its contributions to scientific knowledge of human health and the environment, and to the health and well-being of people everywhere.  The boards and councils that advise NIEHS are comprised of both the scientific community and the public.  With our increased understanding, we now know how environmental health and human health is interconnected.  As a federal agency, NIEHS provides Congress with ongoing updates on research and funding provided by NIEHS.  On November 1, 2016 NIEHS celebrated 50 years of environmental research.

ABOUT The Fukushim Daiichi Nuclear Plant

The Fukushima Daiichi nuclear disaster (福島第一原子力発電所事故, Fukushima Dai-ichi genshiryoku hatsudensho jiko) was a 2011 nuclear accident at the Fukushima Daiichi Nuclear Power Plant in Ōkuma, Fukushima Prefecture, Japan. The event was caused by the 2011 Tōhoku earthquake and tsunami. It was the most severe nuclear accident since the Chernobyl disaster in 1986. It was classified as Level 7 on the International Nuclear Event Scale, after initially being classified as Level 5,joining Chernobyl as the only other accident to receive a such classification. While the explosion at the Mayak facility was the second worst incident by radioactivity released, the INES ranks by impact on population, so Chernobyl (335,000 people evacuated) and Fukushima (154,000 evacuated) rank higher than the 10,000 evacuated from the classified restricted Mayak site in rural Siberia. Wikipedia

Bioplastic Presents Serious Challenge To Petroleum In Production Of Plastic

Bioplastic, derived from plants including corn, sugar cane, wood, and other natural materials, has been proposed as an eco-friendly solution for a world that’s heavily reliant on plastic and limited in its options for reducing the resulting waste. While bioplastics currently make up only about one percent of the plastic market, a number of industry leaders, global manufacturers and environmental associations are expecting its use to grow significantly over the next five years, and that could present a serious challenge to producers of petrochemicals.

Plant Derived And Recycled Plastic On The Rise

The European Bioplastics Association is expecting use of bioplastic to rise at least fifty percent by 2023. With manufacturers like Lego and Coca-Cola adopting bioplastic for the production of their products and an increase in the use of recycled plastics in a range of consumer products, researchers are confident that demand for virgin plastics with decline. Petroleum companies, however, see a clear need to shift more of their resources toward plastics.

The International Energy Agency has predicted oil demand from passenger vehicles to decrease by 2040—dependent on the widespread adoption of electric vehicles. Many oil companies see the need to expand their petrochemical production as a result. As the petrochemical industry seeks to boost their investment in the manufacture of petroleum-based plastics to make up for the decline in the demand for oil in transportation, they may find growing competition from alternative plastic producers.

BASF, Coca-Cola, and Stora Enso are a few major alternative plastic producers that could eventually provide considerable competition in the production of various single-use products, such as bottles and food packaging, as well as a range of commercial goods including toys, synthetic fabrics, and more.

What are your thoughts on the potential rise in the use of bioplastics and the impact it could have on the petrochemical industry? Comment and tell us what you think.

Biodegradable, plant-derived plastics have been proposed as a greener alternative to petroleum based plastic materials for packaging, single-use containers, textiles, and many other items. However, shortcomings in bioplastic’s resistance to moisture and heat, and its expensive and time consuming production process has limited its potential for use as commercially-viable material. Researchers from the University of Nebraska-Lincoln and Jianhnan University may have found a way to change that. 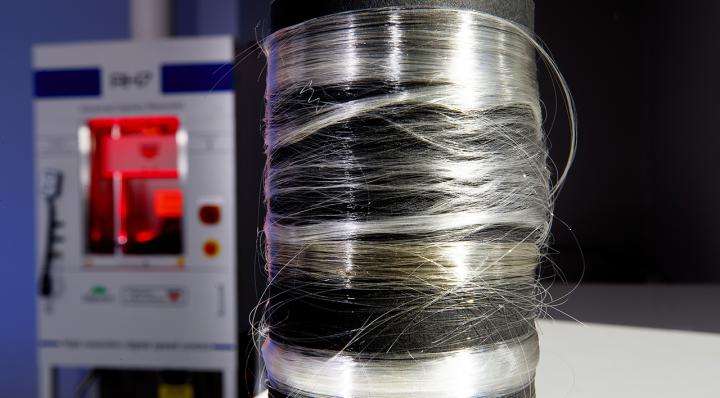 The new production process starts with bioplastic fibers derived from corn, which are heated to temperatures as high as 400 degrees Fahrenheit. The fibers are then slowly allowed to cool. This method of thermal processing incorporates enhanced heat and moisture resistance into the resulting plastic, overcoming two of the major flaws with plant-derived material. The process also eliminated the need to use solvents and other costly techniques that are standard in the processing of commercial-grade, plant-derived plastics.

For manufacturers, this new method would make it possible to create biodegradable plastic material that’s comparable to petroleum-derived plastics. Plastics derived from petroleum often end up as waste and environmental pollution once they’re no longer in use and often do not break down for decades, or more often, centuries. In addition to greener advantages, the new plant-derived plastic process’ bypass of solvent and additives amount to a considerable reduction in the cost of production and greater potential to scale up output for manufacturers. 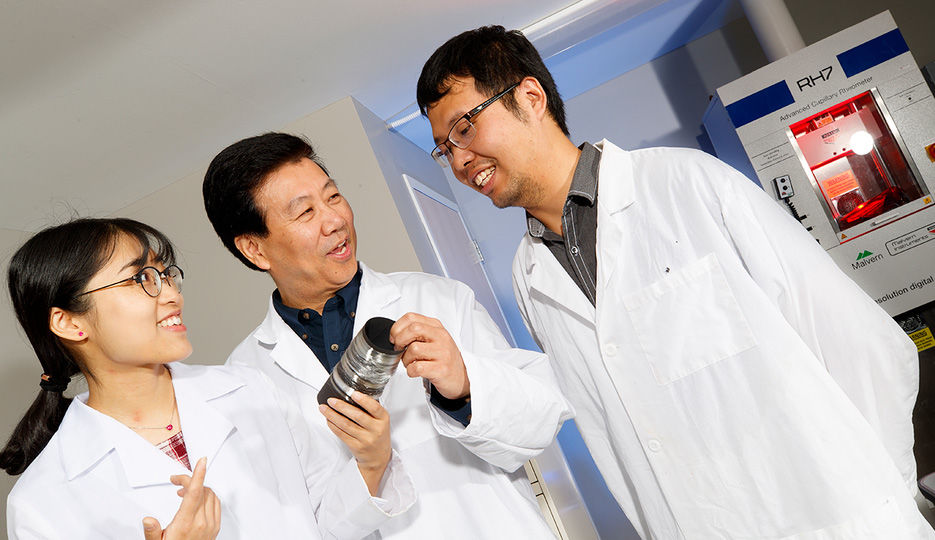 The researchers are now working on ways to scale up their currently experimental procedures to see just how viable it may be for existing industrial process integration. Will their continued work start a major shift in how plastic is produced, used, and disposed of?