Food entrepreneurs see a promising future in man-made meats that they market as more sustainable protein alternatives to animal-harvested meats. The startups Redefine Meat, Aleph Farms, and Novameat are among the new laboratory ranchers seeking to culture meats that replicate the taste and texture of the real food. They have adapted 3D printing technology used in the manufacture of durable goods for use with biological food inputs to build slabs of protein with the appearance of steaks.

Most man-made meat innovators base their products’ appeal on the absence of animal proteins. Heightened awareness among consumers about environmental problems caused by some forms of animal agriculture along with an ethical desire to avoid consumption of animal proteins has strengthened demand for plant-based, meat-like foods. To satisfy these principles, Redefine Meat out of Israel loads 3D printers with blends of soybean and pea protein, sunflower oil, and coconut fat. Similarly, Novameat in Spain prints its food product from a mixture of water, vegetable fat, and various plant proteins.

Aleph Farms takes another approach. The company incorporates living animal cells into its ingredients before 3D printing slabs of whole-muscle cuts. The company promotes its ribeye steak as “slaughter free.” Its process builds a framework of living cells, which are then incubated and grown. As they grow, machines inject them with additional nutrients.

At Novameat, the company has a long-term plan to sell the machines that 3D print meat. Within the year, the company could have customizable 3D bioprinters ready for market. The intended customers would be food processors and even restaurants. In the future, diners would conceivably order their meat that was printed that day at the restaurant location. 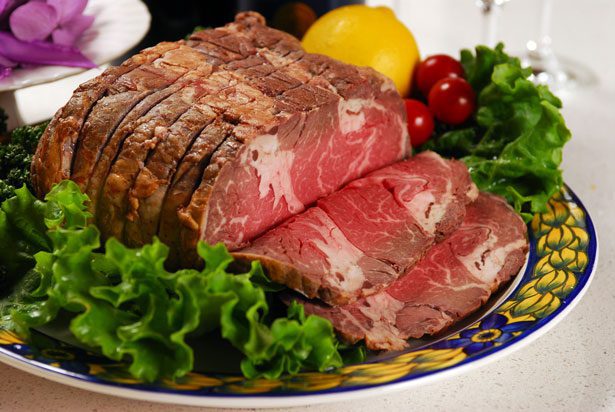 Let us know if you have eaten any lab-grown meat alternatives. Do you expect man-made meat to remain a niche market or overtake live animal protein production?

The global market for meat alternatives is the fastest growing segment of the food industry and is expected to reach $140 billion annually by 2030. While there is a new wave of alternative meat products, the food industry relies on analog technologies to develop and produce them. The pace of innovation and the rate of the adoption pales in comparison to the rapidly growing demand for better products.

Redefine Meat is on a mission to introduce a technological platform to develop, launch and scale the next generation of Alt-Meat. Redefine Meat is applying proprietary 3D printing technology, meat digital modeling, and advanced food formulations to produce animal-free meat with the appearance, texture and flavor of whole muscle meat.

Aleph Farms is a food company that was co-founded with the food-tech incubator, The Kitchen Hub, and Prof. Shulamit Levenberg of the Technion Institute of Technology, Israel. We’re paving a new way forward in the field of cultivated meat, growing delicious, real beef steaks from the cells of cows, eliminating the need for slaughtering animals or harming the environment.

Aspiring to shift the paradigm of meat production and consumption on a global scale and recognizing the depth of our responsibility to the world beyond our table.  Expertly crafting delicious, high-quality steak that mirror the culinary, sensory and nutritional qualities of the steak we love.

This technology is able to use bioprinting strategies and adapt them to generate a meat substitute.  The products that are in the market are either burgers that are plant-based but taste like real meat, or soy-based substitutes that have the texture of an actual fibrous piece of meat, but not the taste.

The idea of Novameat is to try to join forces between the texture and the taste, so that we have a product that is a piece of fibrous meat that tastes like a real beefsteak.