Is sustainability a passing fad in the food industry?

In recent years, a lot of people would probably think that sustainability had been replaced by survival, especially if one has to consider the trying economic times that have really hurt many industries including the food processing industry.

Sustainability In Manufacturing
Sustainability in a manufacturing sense does not only refer to ways and means to save the planet from global warming. Taking its fundamental sense, sustainability refers to efficiency. And nowadays, many industries cannot be proponents of inefficiency and wasteful ways.

Not Just About Profits
Food companies are not evil ogres that have nothing but profit and convenience to think about. For these companies, they adhere to the dictates of corporate social responsibility on making products that are nutritious and with less of an environmental footprint as being just as important as making profits. In essence, food manufacturers are responsible organizations with talented workers who feel good about their jobs.

Few Workers, More Food Produced
If you are to look at today’s food plant setup, what would be noticeable is the glaring fact that most facilities produce more products with a lean workforce. An invaluable and in-demand skill that a worker in a food manufacturing plant should possess is that of mechatronics – something that has to do with electronics, mechanics, informatics, robotics, and automation. For food plant managers, recruiting workers with such multi-faceted capabilities remains a challenge.

Automation In Food Production
Many food processing plants employ automation at certain levels. For instance, a poultry processing plant makes use of a robotic deboning system that makes an incision in the chicken’s clavicle to the shoulder joint down to the scapula. Engineers at Georgia Tech Research say that the challenge in this type of automation lies in controlling the force of the knife to prevent chipping of the bone while passing through the joint.

“Bigger Is Better” Is Not Always Good
The industry’s mantra throughout much of the century had been bigger is better. And this had been exemplified by the million-square-foot facility of General Mills in Iowa, and the 22-building complex spread across a 25-acre property fronting the Cedar River owned by Quaker Oats. But while centralized manufacturing equates to low-cost production, it can be defeated by lost throughput if the plant is decommissioned by a natural disaster as what had happened once to the GM’s plant when the plant went offline for 18 hours because of an electrical substation fire.

Quaker Oats production facility was rendered completely unoperational by a flood in 2008 for three weeks. The lost throughput between the time the plant was underwater and right until full operations were restored 2 months later would have been enough to feed a small county for a year.

Lessons Learned And Applied In Today’s Food Facilities
Lessons have been learned from such scenarios. Hence, today’s trend has shifted to regional production. Food manufacturers now choose a site that meets the plant’s logistics requirements. Power outages were countered by the installation of solar panels and diesel generators, the noise of which is masked with the installation of vibration isolator mounts. Manufacturing plants are designed such that partial production is allowed in a worst-case scenario.

New Machines And Equipment
Where facilities are small, the design allows for maximum flexibility. New equipment and machines replace the old ones for two reasons:

Self-Maintaining Machines And Equipment
The machinery and equipment used in food production plants allow for easier cleaning and sanitizing. The material of choice is stainless steel and equipment suppliers are redesigning their products to meet cleanability requirements. Many of the new equipment and machines developed are self-cleaning and in less time than traditional machine cleaning procedures. Hence, food manufacturers worry less about machine maintenance.

Beyond Profitability
Overall, based on the trends observed in newer food production facilities, it seems that despite fewer workers and smaller production square-footage, food facilities of tomorrow will be sensitive to resource-availability concerns, social trends, and other issues that go beyond profitability and expediency. And the more people become aware of where their food comes from and how they were processed and stored, the more trust they can place in the product. Helping building that trust is the processing plant.

Is the food processing plant in your state sustainable? 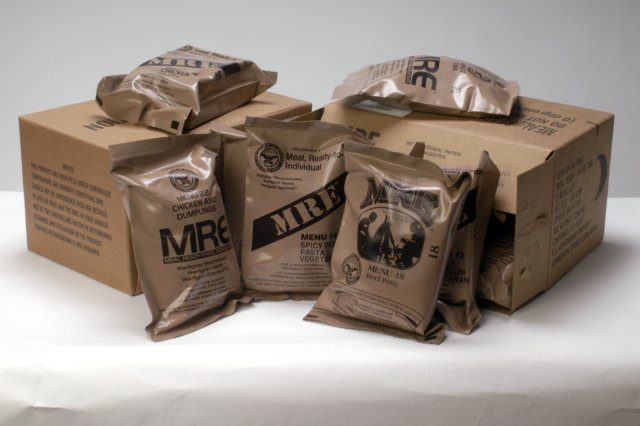 In the most remote and extreme environments on the globe, American soldiers are doing their jobs. It’s difficult to find…

1 thought on “What Sustainability Equates To In Food Manufacturing”