Did the students who competed learn something aside from building robots?
The BotsIQ Competition, the 9th annual robotics competition was held this year on April 25 – 26 at the Cal U’s Convocation Center. The robotics competition had drawn some 800 students from 47 schools in Western and Central Pennsylvania, who all came to Cal U to show off their masterpieces.

BotsIQ: Annual Robotics Competition
The annual robotics competition is an avenue for the students where they are provided with a unique, hands-on experience that allows them to explore the possibility of having a career in the manufacturing sector, or another engineering, technology, science, and math fields. BotsIQ allows the creation of a partnership between schools and local business and industries to support the high school teams with the task of designing and building robots which will be sent to battle for elimination.

Competition To Design And Build Robots
The participating schools had their students working on their robots since September last year and continued throughout the competition this year. The students made the necessary changes and repairs needed by their metal-clad robots run by specialized motors.

When asked what the competition had taught them, the students have different answers. Some talked about the wiring skills they learned and acquired during the competition, while other students said they learned how to use the basic electronics and metalworking machines. Still, others were ecstatic to learn about electrical wiring and soldering. They got familiar with the different types of motors that help make the robots move. And more importantly, they all learned a valuable lesson on teamwork.

The competition is not merely a showdown of the best robot design but is aimed at discovering the future professionals that will help shape the future of the manufacturing industry. Their experience in the competition could lead them to a career path towards manufacturing through community college, an associate degree, or a four-year degree, and right to the workplace.

Win Or Lose, The Students Win
The Yough High School students worked hard to bring their remote-controlled robot in wedge design, back to life in order to compete. The robot they built got hung up against the wall when it battled against the robot of another high school in the square battleground of the Cal U Convention Center.

The Yough’s robot was defeated but the students felt like winners just by being part of the competition. It was the first time students from Yough made it to the Cal U competition. Their squad cannibalized the experimental robot built from last year’s competition and reused the old parts. That’s where they learned a lot about building robots.

Pennsylvania’s manufacturing industry can only eagerly wait for some of these students to eventually join the workforce which currently has some 560,000 job posts to fill in.

Are they likely to pursue a career in manufacturing? 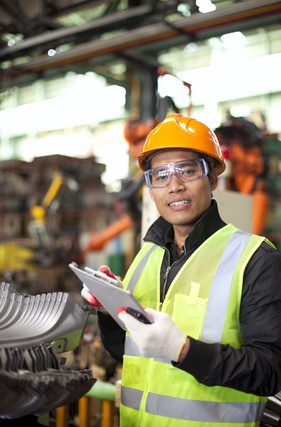 1. Virtual-Based Tech Isn’t For Everyone Toddlers are using tablets, tweens text more than they actually talk, and high school…

3 thoughts on “What The Students Learned From The BotsIQ Competition”