Trends in Advanced Machining, Manufacturing, and Materials or more popularly known as TRAM 2014 held from September 10 – 11, 2014 was hosted by the IMTS at the McCormick Place in Chicago, Illinois. It had successfully attracted 50% more participants than the previous conference which was held in 2012.

TRAM 2014 Back To The IMTS 2014 Conference
Through the ITMS 2014 Conference, industry players were brought together under one roof to discuss new opportunities, share experiences in facing challenging situations, and find solutions to such challenges. The attendees of the IMTS 2014 Conference were able to network with a community of industry experts, leaders and peers. They were able to get fresh ideas and concepts to enhance their business interests. The TRAM 2014 allowed attendees to have the opportunity to share different perspectives to overcome day-to-day challenges with one another.

The successful debut and comeback of TRAM 2014 at the IMTS since 2012 has extended to last year’s conference where the focus was on transferring advanced technologies in manufacturing to the industry and business leaders, top management executives, and engineers who perform a key function in a facility that caters services to the aerospace sector.

TRAM 2014: International Gathering Of Aerospace Manufacturing Leaders And Players
The TRAM 2014 had rightfully earned its reputation as being an international gathering of the cream of the crop in aerospace manufacturing. And no less than the Advanced Manufacturing Research Center (AMRC) of the University of Sheffield and Boeing together with Gardner Business Media, Inc. were very proud and privileged to have cohosted such a prestigious event.

Highlights Of TRAM 2014
TRAM 2014 – Trends in Advanced Machining, Manufacturing, and Materials, a conference for the aerospace manufacturing industry players has returned to the International Manufacturing Technology Show (IMTS) at the McCormick Place in Chicago. The conference included two days of presentation on ideas and technologies that affect the aircraft manufacturing industry. The 2014 TRAM conference was sponsored by Boeing, University of Sheffield’s ARMC and Gardner Business Media, Inc.

Overwhelming Interest Generated By Innovative Products
The overwhelming interest generated by TRAM 2014 may be attributed to the fact that many of the attendees had come to see the 2,035 exhibiting companies for the entire IMTS 2014 Conference. The excitement was extremely high as evidenced by high show attendance primarily generated by all the innovative products that were showcased on the show floor. What was conclusively affirmed and answered by the huge turnout of attendees was that the manufacturing base has definitely stabilized and the companies are showing tremendous financial strength. For many companies, they knew that they have the real opportunity to innovate and grow.

New Challenges For Aircraft Manufacturing
The conference focused on discussions on how aircraft manufacturing is likely to change and how those changes will impact the suppliers making parts such as rotors, motors, stator assemblies, gears, rivets, airframe spare parts, and testing equipment for the aircraft industry. Some of the conference speakers from Boeing and Airbus each have offered the audience a preview of what the two companies have been working on with their respective aircraft.

Dictated By World Demographics
The head of research and technology for Airbus in the UK, Colin Sirett offered a view on the reasons the aircraft industry will remain a compelling manufacturing sector. Sirett said that the world demographics dictate that. The world’s population is around 7 billion and out of this number, only 1 billion have access to air travel. Increasing wealth in some parts of the world would mean that more people will likely obtain this access. Projections for air travel demand are expected to double in the next two decades.

Methodology Improvements On CNC Machines
Key players in the aircraft manufacturing industry shared their ideas about past advances in aircraft manufacturing that have been successfully implemented. However, they believe that the improvement of CNC machining will go a long way for the industry. The cost of machining has been greatly reduced, in large part due to technology and operational advances related to machining, leaving the cost of materials and manufacturing to carry the bulk of the expenses to build an aircraft.  What came out of this machining cost reduction for aircraft OEMs is to explore ways they can reduce the number of materials used for production. Similarly, aircraft OEMs have focused their R&D on finding ways to reduce the manufacturing time and increase manufacturing capacity. With the projected demand, the manufacturers realized they surely need to increase their production capacity.

Environmental Impact
At the same time that the market demand is under consideration, the leaders from the aerospace industry agreed that they should also focus on their responsibility to reduce their negative impact on the environment. The good thing is, any effort to reduce environmental impact would equate to the goal of reducing the operating cost of an aircraft. The ability to build planes that burn less fuel will result in a more cost-effective aircraft.

Intellectual Property Concerns
Discussions were also made on the other important concern for aircraft manufacturers – intellectual property, which for Boeing, has become an important part of its manufacturing success in recent years. Boeing has continually counted on innovations from outside partners to improve their manufacturing processes. According to Boeing, if the intellectual property issues are properly sorted out, innovations should enhance and not impede the speed of manufacturing. Boeing knew that if they become too strict about IP control, such exclusivity can be counter-productive for their company. The success of technological advances relies on unrestricted manufacturing innovations, and should not be tangled with IP control issues.

With the unparalleled success of TRAM 2014, the question now is, “Will the next TRAM Conference outperform it? 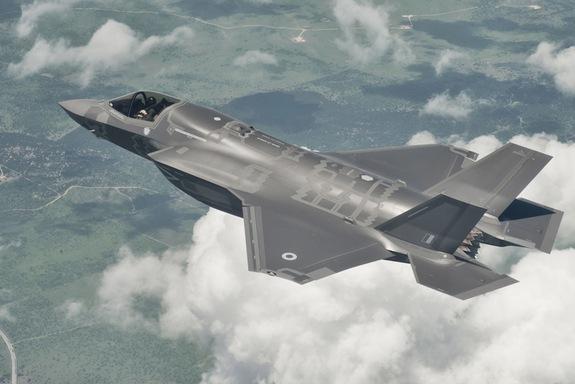 2 thoughts on “TRAM 2014: The Big Event For The Aerospace Manufacturing Industry”