For the first time in more than thirty years, the U.S. Air Force has contracted new anti-ship missiles. With a contract agreement worth $85.5 million, Lockheed Martin Missiles and Fire Control will begin manufacturing twenty-three Long Range Anti-Ship Lot 1 missiles (LRASM). The move comes as there is increasing pressure to stay ahead of foreign powers that are upping their own capabilities. 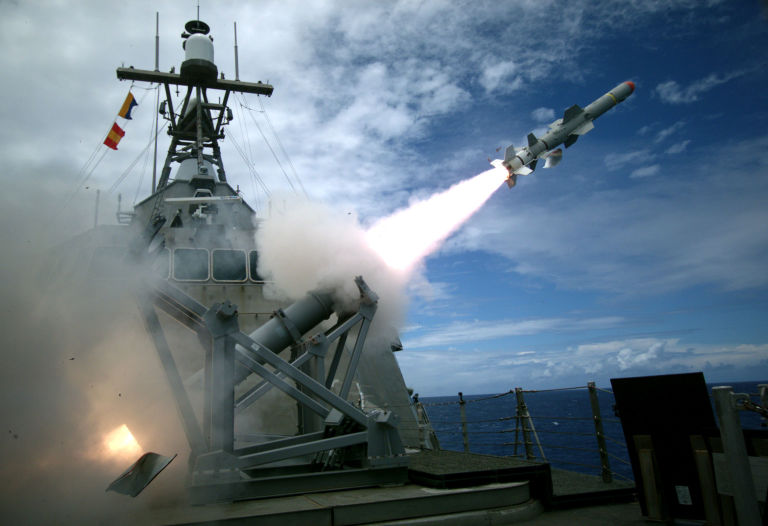 Based on the Joint Air-to-Surface Standoff Missile-Extended Range cruise missiles currently used by the U.S military, the LRASM is being developed with special defenses to enhance stealth and prevent enemy interference. The new missiles will have a semi-stealth airframe that will make it difficult to detect on radar and prevent tracking by other weapon systems. They will also feature a GPS guidance system and multi-modal sensors that resist jamming and can detect and target pre-programmed enemy ships without external guidance. The LRASM will also have an enhanced standoff range of more than 203 miles beyond allied sensor networks.

From Bombers To Submarines

Due to be equipped on the B-1B Lancer, the F/A-18E/F Super Hornet, and the MK 41 Vertical Launch System, the LRASM will be a notable upgrade for air, surface-to-air, land, and sea attacks. These missiles may also be incorporated on submarine vertical launch systems. Early operational capability is expected for 2018, while an official completion date has been projected for late September of 2019.

What are your thoughts on this new and long awaited improvement to U.S. missile capabilities? Comment and tell us what you think.