Processed foods are so common in our society that there’s now tremendous concern over how few natural and homemade foods Americans are eating by comparison.  That wasn’t always the case.  As early as the 1900s, any sort of uniformly processed, easily packaged and portable foods were considered novel, impressive, and even revolutionary.  Here’s a look at some firsts in food processing and manufacturing that amounted to major brands we still know and enjoy to this day. 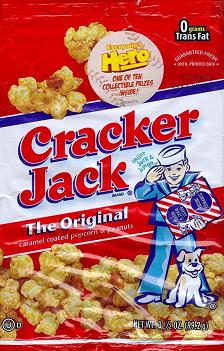 First Packaged Snack Food -1896
We have German born Frederick William Rueckheim to thank for this snack treat that embedded itself not only in snack food history but also in lyrics about America’s favorite pastime.  Food historians widely regard it as the very first junk food.  The first batches of Cracker Jacks were created in a rotating drum, which uniformly coated popcorn with molasses and ensured morsels stayed separate as they dried.  This as well as a waxed, moisture-tight sealed package allowed customers to snack on and share bite-sized bits at their leisure and without sticky hands.  Less than a decade later, the company would incorporate small prizes that included miniature baseball cards and plastic toys.

Necco Wafers First Stamped, Manufactured Candy – 1912
While the candy itself has been produced since 1847 and became known as hub wafers during the American Civil War, it wasn’t until 1912, that the familiar name of Necco Wafers was introduced to the American public.  These colorful candies, sold in a paper tube that included a variety of flavors, were produced by a lozenge-cutting machine.  This method of production allowed for the creation of uniform pieces in mass amount, which was quite novel compared to hand rolling, pulling, molding and cooking methods that were used to produce other candies in the mid 1800s. 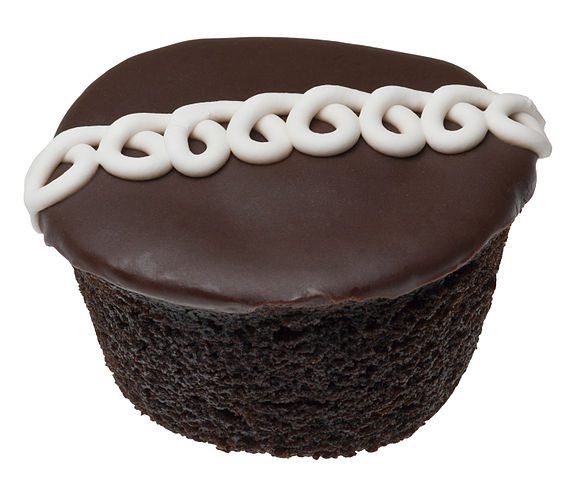 First Packaged Snack Cake – 1919
There is some debate over whether the title of America’s first packaged snack cake goes to what would become the Hostess cupcake or rival Tasteykake, but the iconic cylindrical cake with cream filling and white icing swirls started out as just a simple cupcake with vanilla or malted milk flavored icing.  The Hostess cupcake had second opportunity to be of note in processed food manufacturing. New injection machinery made it possible to fill the cupcake with cream filling through the same method used to fill just-as-famous Twinkies during their development in the 1930s. The signature white squiggles that cross the cupcake’s diameter were more than just decorative.  They were introduced as a method of easy and effective branding, ensuring the cupcake was instantly identifiable and memorable. 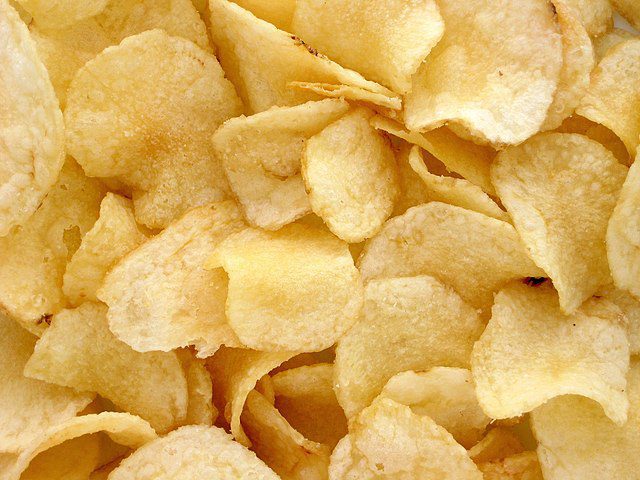 First Bagged Potato Chip And First Printing Of Product Freshness Date – 1920s
The story of how the very first potato chip came into existence involved a dissatisfied customer in an Upstate, NY restaurant.  However, the invention of the potato chip itself is less important to food manufacturing than its now-commonplace packaging.  The very first bagged potato chip is credited to California entrepreneur, Laura Scudder. She pioneered the idea of replacing the barrels and tins, which were used to package potato chips at the time, with waxed paper that was hand-ironed to form a tightly sealed pouch. The air trapped inside served to not only kept the chips crisp and fresh from the factory, it created a cushioning effect that reduced breakage and crumbs.  The bags eventually were made from cellophane and soon enabled her company’s potato chip to become an easily transported, mass-market product.  Besides inventing and innovating the first sealed bag of potato chips, Laura Scudder’s company was the first to include a freshness date on its products, which is now a food processing and perishable goods manufacturing staple. 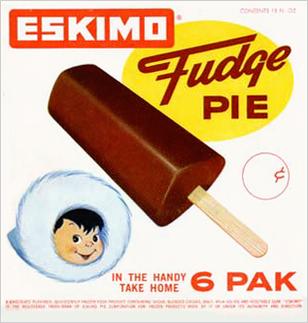 First Frozen Ice Cream Bar – 1929
One indecisive little boy is to thank for an iconic and beloved summertime treat. Christian Kent Nelson was inspired by a young patron who could not decide between an ice cream and a chocolate bar.  Seeking a way to combine these two treats, Nelson would eventually invent a way to freeze candy-coated ice cream to create a contained, packageable, frozen treat that could be easily transported, sold and enjoyed. While the product was originally marked under the name “I-Scream Bars” they were later trademarked as “Eskimo Pies”.  Nelson would then franchise the product to other ice cream manufacturers, making his invention a household name to be enjoyed across the country.

North American consumers understand that their food and beverage choices factor into their health. While lawmakers may attempt to address…