If you haven’t already seen kids riding along on self-balancing scooters, advertised as hoverboards, you’ll may very likely see them after the holidays–unless tragic developments and seller bans have an impact. The two-wheel, ride-on device has become one of the most in-demand gifts for Christmas.

But if there’s one thing that will hurt its popularity and has already raised its notoriety, it’s the number of riding accents and fire incidents traced to the toy. The real culprit behind issue appears to be a lack of manufacturing standards, quality control, and traceability.

The virtually nonexistent production and safety standards for hoverboards have even lead some to wonder why there haven’t been more accidents already reported.

Rapidly Released, In-Demand, And Potentially Dangerous
Earlier this month, the United Kingdom’s National Standards said that of the 17,000 hoverboards they’ve inspected since October, 88 precent of them can be considered unsafe due to faulty plugs, cabling, chargers, batteries, and other components within the device.

The vast majority of hoverboards are manufactured in China, and millions have already been shipped out to the rest of the world. Now that the serious problems surrounding this rapidly released and in-demand product have become apparent, many are asking just how this has happened and what are the larger issues this one fad brings to light.

Manufacturing To Meet Fads Over Standards
In China, it’s not difficult to take a completely new product design and get that product on international store shelves in just months or even weeks. The global manufacturing giant has been consistently recognized for this unprecedented speed, but it sacrifices a lot in the process.

Self-regulation, tangled patent and intellectual property issues, lack of mandatory safety standards and inspection processes, and the plethora of things that can and do go wrong with electrical components, have all contributed to the especially faulty example of the hoverboard.

In this specific case, there are numerous manufacturers—some less capable than others—producing their own version of the same product, without any set production standard, safety requirements, or inspection process.

Not Just The Fault Of The Factory
There’s also the problem of importer practices. Many resellers are focused on hitting the market with a fad product at the peak of its popularity, even it means sourcing goods from factories with unknown reputability and without taking the time to complete their own comprehensive safety and quality testing.

The hoverboard is further compromised by its reliance on a larger lithium-ion battery, which can cause fires due to overheating or incompatible voltages between the board’s charger and battery.

Normally, regulatory and certification companies like UL will test and certify electronic products as safe and up to specific commercial standards, but reportedly there has yet to be a hoverboard to have been UL certified.

Complex Products, Cheap Standards
This is only scratching the surface of the many issues that result from high-demand, self-regulated, rapid paced manufacturing of consumer electronics. The hoverboard is just one instance of how lacking quality and production standards can literally combust into very real dangers for the consumer.

Given the popularity of, and the demographic for this product—which includes children—unsafe hoverboards could amount to truly unfortunate cautionary tale about lack of quality and care in the international supply chain. And if it’s not this fad electronic, could it be next year’s?

It seems the call for genuine quality assurance, traceability, and industry-spanning standards is clear, but is it loud enough to be heard over demands for speed and low cost in the manufacture and supply of complex products? Tell us your thoughts on this issue in the comments.

Will Li-Fi Live Up To The Hype?

Discover A New Level Of Lifelike Abilities In Medical Prosthetics

Industry 4.0 is the techie label for what is shaping up to be the Fourth Industrial Revolution. Smart devices, smart machines, robots, the Internet of Things (IoT) and artificial intelligence (AI) create the technological infrastructure for the newest approach to manufacturing. These technologies have reached a scale that allows them to deliver substantial value to the companies able to invest in them. In real-world factories, Industry 4.0 has lowered production costs, shortened production times, and reduced waste.

Cloud data storage helps companies manage logistical challenges by improving the speed and accuracy of tracking the movement of goods and supplies. Manufacturers of all sizes can also tame the complex demands of global supply chain management with AI that watches trends and anticipates shifts in demand. With AI, companies can order supplies or make goods in precise quantities to control costs and reduce cash flow problems. 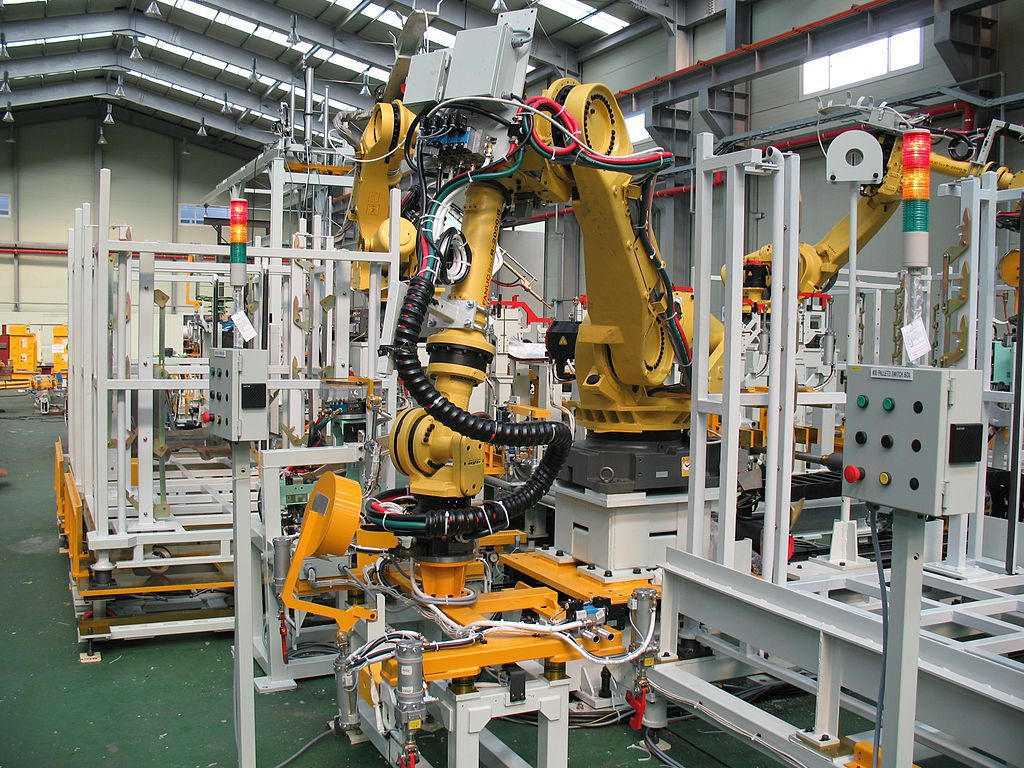 Within the factories, humans interact with machines that increasingly do the bulk of the physical labor while constantly collecting operational data and measuring product quality. Smart machines have the ability to detect flaws and errors quickly and cut down on waste that results from bad batches. The faster production environment also makes it possible for manufacturers to run small batches of different products while maintaining profitability.

Apple Is An Industry 4.0 Leader

Foxconn, a manufacturer for Apple Inc., has a fully automated factory in Shenzen, China. This location is famous for being a “lights off” plant because the robots do not need light to perform their jobs. Although people still work there, the production floor itself is automated. Production efficiency has reportedly climbed by 30%. Another Foxconn plant in Chengdu has achieved a 200 percent increase in efficiency with AI and IoT technology. 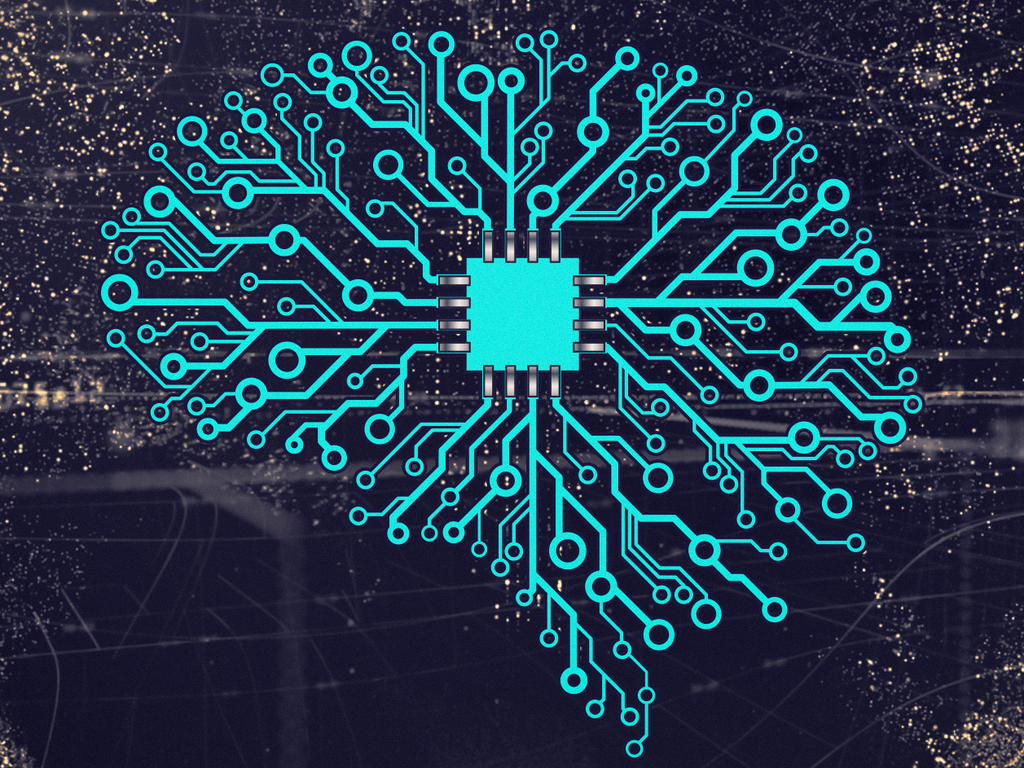 Are you working in an environment with Industry 4.0 technology? Comment with your thoughts.

We build Apple products to empower everyone. Every device, every piece of software, and every service is created with accessibility features built in. Because when everyone can participate in the ways that work best for them, people and businesses are at their best.

Apple products are designed to reduce our impact on the planet while maximizing performance and strength. We strictly monitor our supply chain during manufacturing, are careful to design for energy efficiency, and work to make our products as recyclable as possible.

Large enterprises have embraced cloud computing to store massive amounts of data. This digital strategy, however, revealed the shortcomings of the cloud. Packing information away in remote data centers has made it relatively slow to retrieve when connected devices need to make instant decisions. Edge computing has now entered the scene to solve this problem. Think of it as short-term memory for end-use applications compared to the long-term memory of the cloud.

Connected devices have entered every level of business and personal life. Semi-autonomous vehicles, factory robots, financial transactions, servers, and handheld devices need to process real-time information to make immediate decisions in some applications. Voice recognition represents an example of a technology that requires immediate processing of data inputs. Edge computing places an intermediary storage and processing computer physically close to the end uses. The proximity removes latency problems that arise from data moving to a distant cloud, being processed there, and then sending results back to the device or robot. 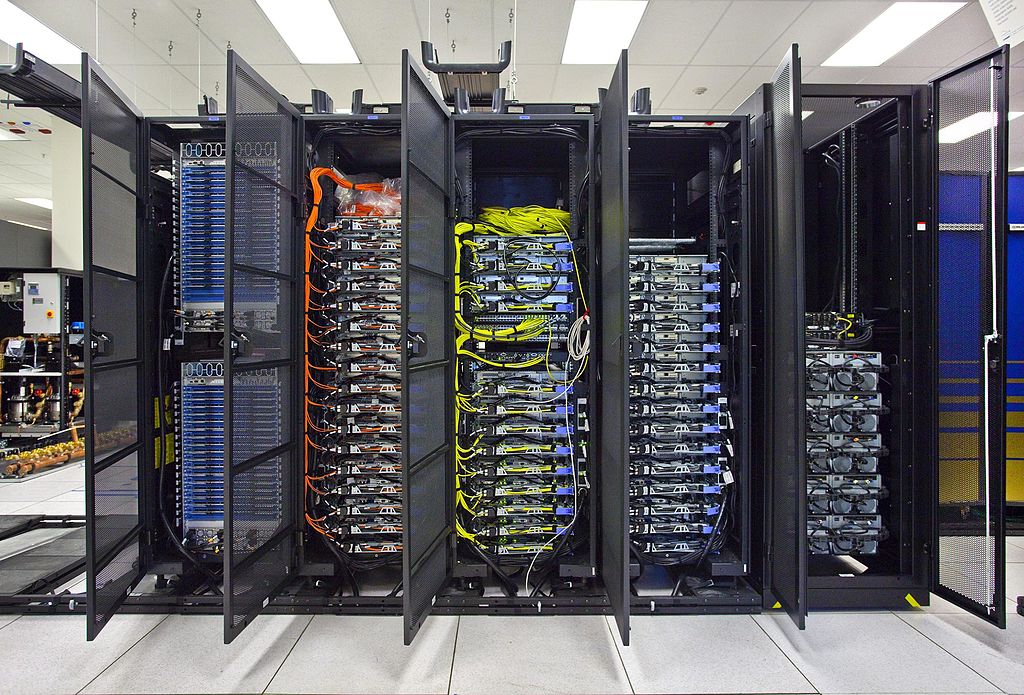 This proximity also mitigates bandwidth problems. Enterprise systems do not need to constantly send everything to the cloud when immediate data uses may be managed locally outside of the cloud. Other issues associated with the cloud include autonomy and regulatory compliance. Some systems need to operate outside of a network, and others must avoid sending data beyond a country’s border. Edge computing fulfills both of these needs. 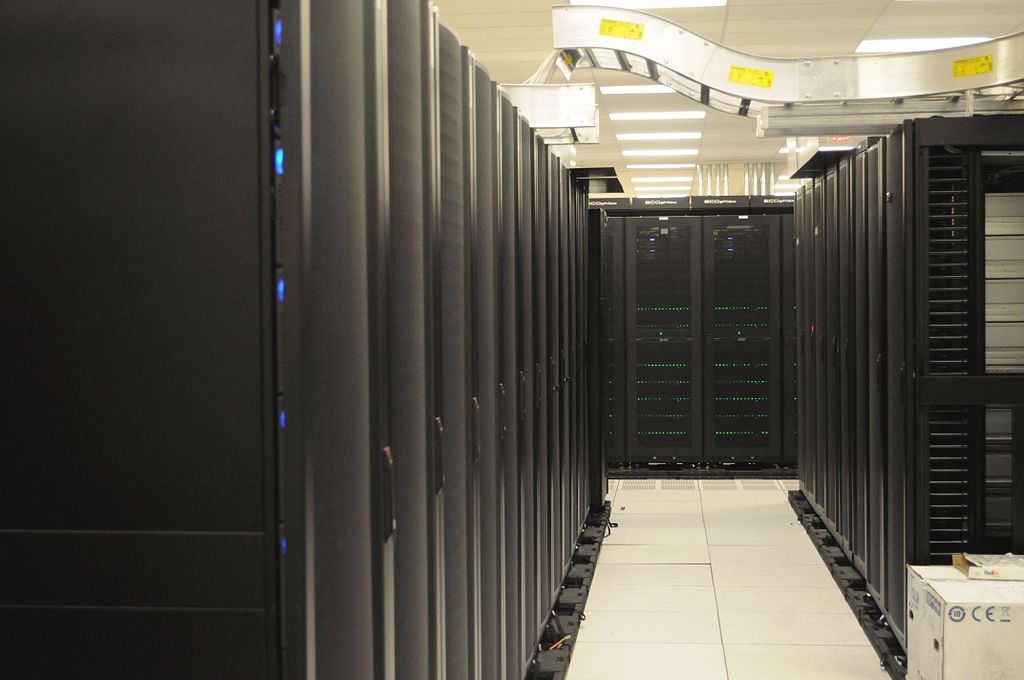 Enterprise businesses have increased their investments in edge computing because their data loads are only increasing. 5G installations also call for edge computing in many situations. According to the Data Age 2025 report from the IDC, edge computers will manage 90 zettabytes of the world’s 175 zettabytes of data. Although the cloud remains important, edge computing will improve reliability and functionality in numerous applications when cloud connections experience interruptions.

Have you grappled with latency or bandwidth problems with cloud computing? Comment with your experiences.

With more than 1,100 analysts worldwide, IDC offers global, regional, and local expertise on technology and industry opportunities and trends in over 110 countries. IDC’s analysis and insight helps IT professionals, business executives, and the investment community to make fact-based technology decisions and to achieve their key business objectives.

IDG connects the world of tech buyers with insights, intent and engagement. IDG is the world’s largest media, data and marketing services company that activates and engages the most influential technology buyers.

The automotive industry has long been a leader in robotic factories due to automakers’ deep pockets. Financial barriers to entry for other industries have eased in recent years. The expense of adding new robots has gone down, but robot capabilities continue to rise. 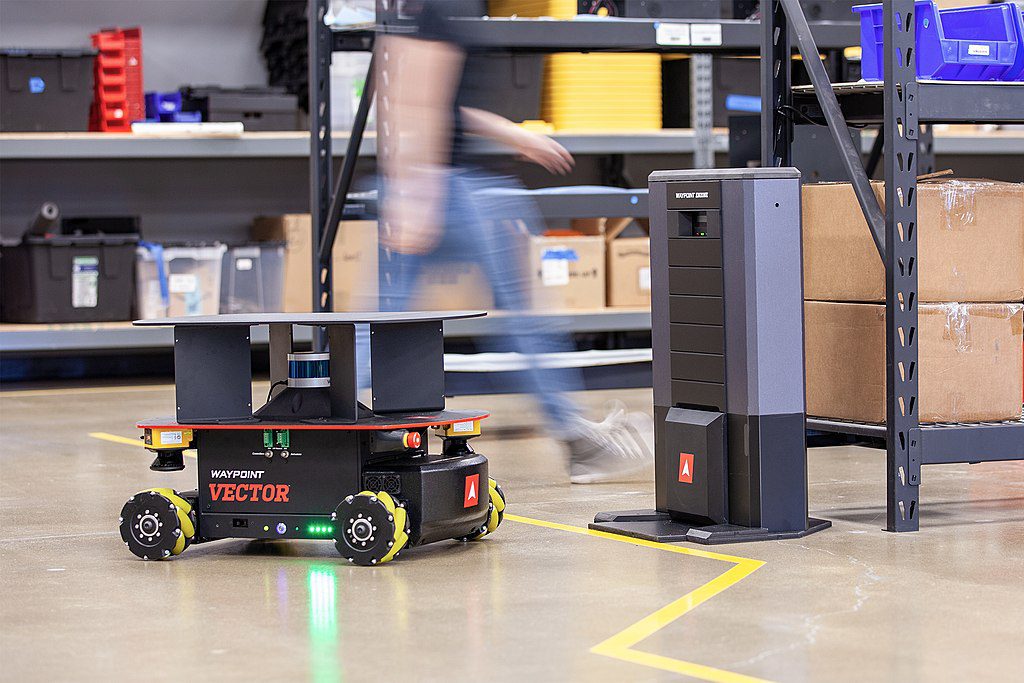 The packaging industry has noticed the ROI potential of AMRs. Packaging operations have always involved highly automated systems, and AMRs represent a natural next step. They offer an affordable way to increase packaging output and expand product packaging capabilities. Packaging industry experts expect reprogrammable AMRs to give packagers a competitive edge. Facilities with integrated AMRs could switch between products quickly and avoid costly adjustments to a whole production line.

Supply chain specialist K. Hartwall has introduced an AMR called A-Mate. It is a robust AMR capable of moving loads up to 1,000 kg in tight spaces. The K. Hartwall CEO said that the A-Mate was designed with safety in mind. It can lift heavy loads up to one meter without supportive scissor lifts. Programmable movements allow it to mesh predictably with other automated production equipment and reduce human interactions with heavy machinery. 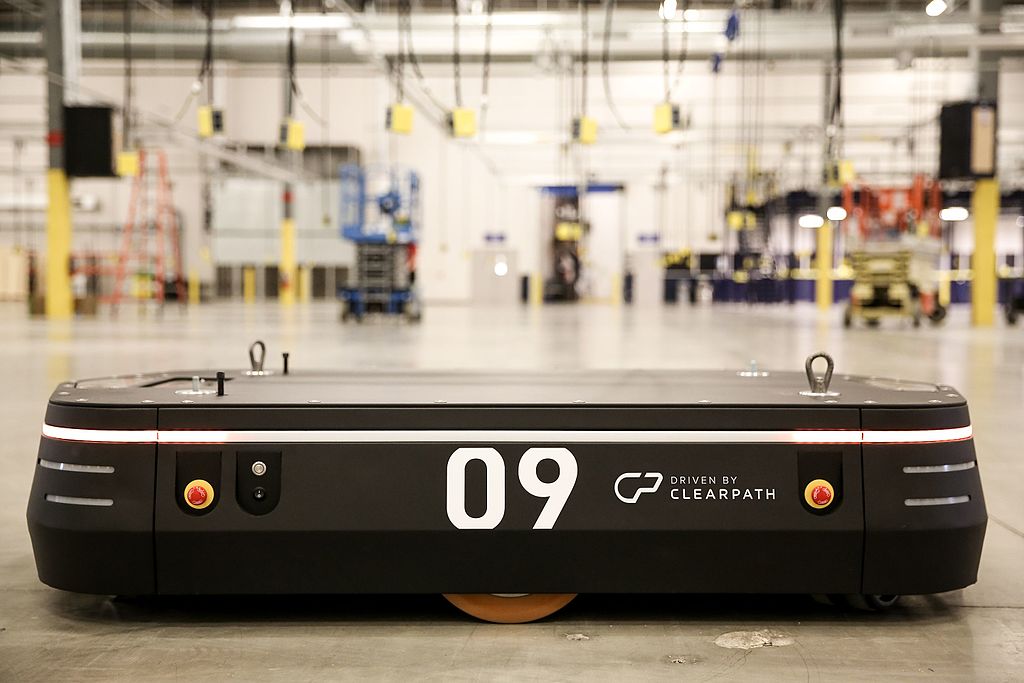 Has the facility where you work added AMRs to the system? Comment about your experience or suggest how an AMR could improve your operation.

Logistics is entering a transformative phase in which the speed of innovation will increase and handling volumes will grow exponentially.

Key industry trends such as robotics and automation, prediction enabled through IoT and data analytics and increased demand for sustainable solutions will shape the way forward for logistics in all industries.

At K.Hartwall we strive to create future-fit logistics solutions that answer the needs of our customers and bolsters their industry development. Over the years, we have become specialized in smart logistics solutions for the retail, post and parcel and automotive industries.

K.Hartwall is the driving force in logistics.